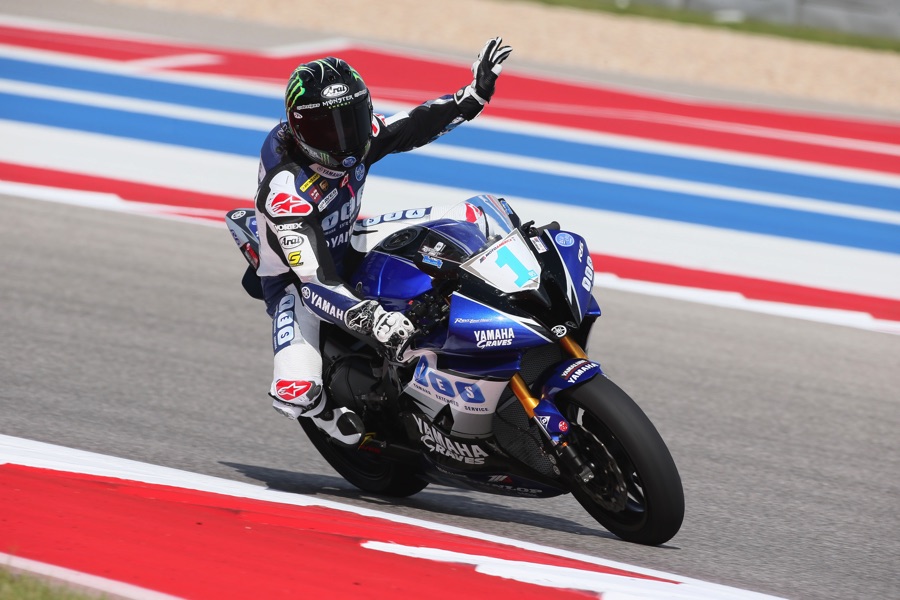 The Yamaha Extended Service (Y.E.S.)/Graves/Yamaha Supersport team got off to the best-possible start of the MotoAmerica season today, as Garrett Gerloff raced his #31 Yamaha YZF-R6 to victory, while his teammate and defending MotoAmerica Supersport Champion JD Beach finished second aboard his #1 R6 in front of the MotoGP crowd at the Circuit of The Americas.

The bLU cRU duo also started 1-2 on the grid, with Garrett earning the pole by virtue of his new COTA Supersport track record, which eclipsed the track record that he set last year.

When the race went green, both riders got off to a great start, and the pair raced at the front throughout the 10-lap contest. Garrett, who was the fastest rider at the recent MotoAmerica Preseason Test powered by Dunlop Motorcycle Tires held at COTA, quickly took the point in Saturday’s race and ran consistently fast laps to keep JD behind him, despite JD recording the fastest lap of the race.

JD said, “Garrett ran a great race. He’s really fast here. He had a great test a couple of weeks ago, and this was a great weekend for him. We gambled a little bit with our tire choice, and it didn’t work out. I’m happy to get second today, though, and it’s a long season. We’ll be racing again next weekend, so I’m looking forward to getting out there if we can improve on our runner-up result from today.”

With just one Supersport race scheduled for COTA, the Y.E.S./Graves/Yamaha team will be back in action next weekend when the MotoAmerica series travels to Road Atlanta for Round Two of the Supersport Championship.