Two podiums for JD in Georgia 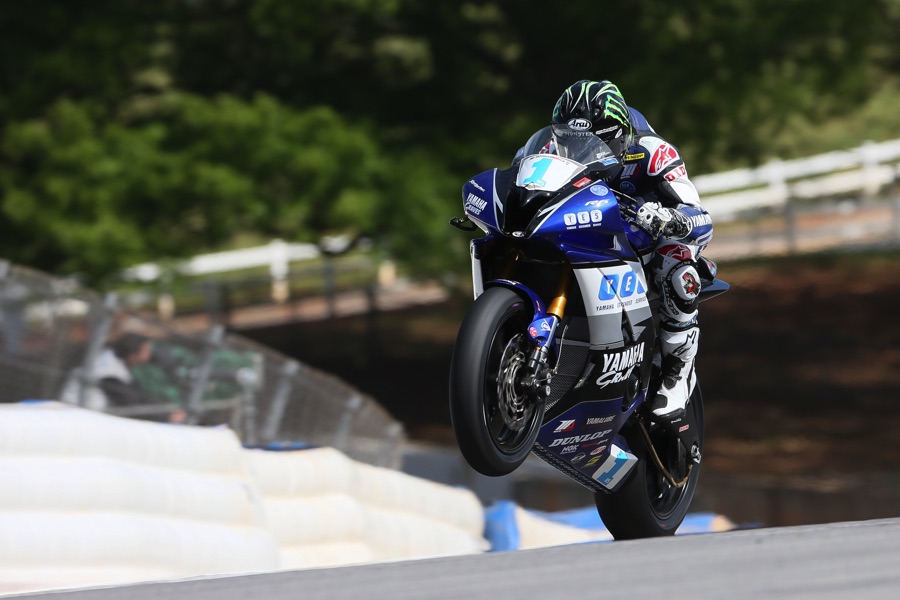 For the second MotoAmerica Supersport race in a row, Yamaha Extended Service (Y.E.S.)/Graves/Yamaha rider Garrett Gerloff showed that he is a man on a mission as he won again in dominating fashion aboard his #31 Yamaha YZF-R6.

After he got past his teammate, 2015 defending MotoAmerica Supersport Champion JD Beach, who got the holeshot at the start, Garrett led the entire race and, by the time he took the checkered flag, he had lapped part of the field and stretched out a gap of more than 10 seconds ahead of second-place finisher Valentin Debise. JD brought home his #1 Y.E.S./Graves/Yamaha R6 in third place for his second podium finish in a row.

JD commented, “We’ve kind of got to get things together. Garrett is just riding so well right now. I made a pretty big mistake and let Valentin (Debise) get away from me. It’s only the second race of the year, but we really need to pick the pace up a little bit. We’re going to be racing a lot in a short time span, so these races are coming up quickly, and we’ve got to figure things out.”

Also the same as yesterday, Garrett’s teammate and 2015 defending MotoAmerica Supersport Champion JD Beach got the holeshot at the start, and then, Garrett passed JD for the lead, which he held all the way to the checkered flag.

For Garrett, it was his third consecutive MotoAmerica Supersport win, while JD has reached the podium for the third straight race.

“For some reason, we just can’t figure this bike and this track out,” commented JD. “Garrett and Valentin are riding so well. It’s tough to be unhappy with third, but after winning the Championship last year, I have high expectations. So, we’ve got two weeks till the next race, and I’m going to go back home, train harder, ride more, and come back stronger.”

As JD alluded to, the Y.E.S./Graves/Yamaha Supersport team will be back in action in two weeks as the MotoAmerica Championship travels to the Northeast for the race at New Jersey Motorsports Park on April 29 – May 1.