Another double-win for JD as he dominates in Utah 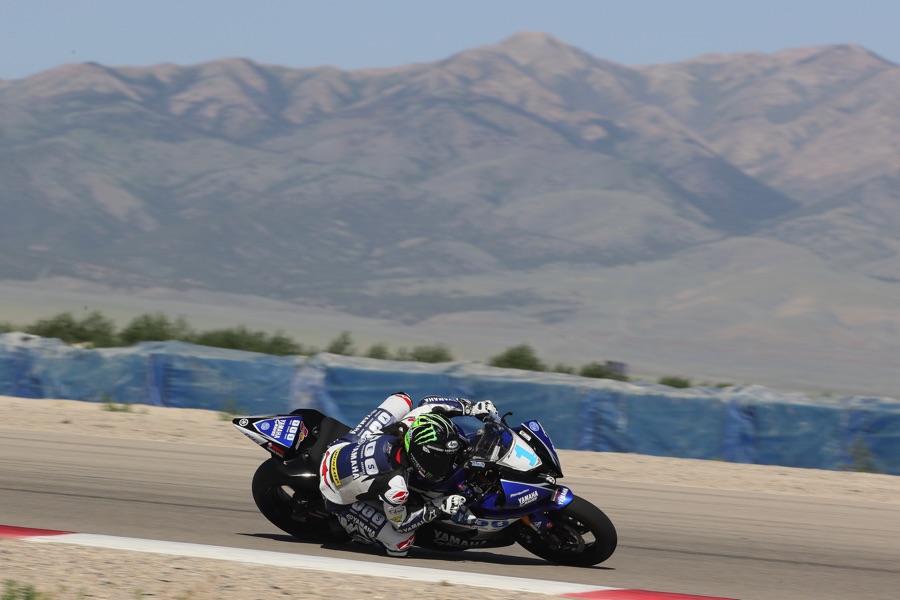 Starting from the pole in Friday’s MotoAmerica Supersport Race at Utah Motorsports Campus, defending Champion JD Beach took off, got the holeshot, and ran laps faster than anyone else on the track, building a gap of over five seconds at one point in the race. JD’s strategy worked out perfectly, which sealed the victory for the rider of the #1 Yamaha Extended Service/Graves/Yamaha YZF-R6. It was JD’s fourth win of the season.

Meanwhile, JD’s teammate Garrett Gerloff, who started from second position on the grid, also finished Saturday’s race in second position. And, while JD was never headed throughout the 16-lap event, Garrett had to battle for position all the way to the end. His hard work paid off as he brought his #31 Y.E.S./Graves/Yamaha R6 home in the runner-up position and only gave up five points to JD, with his points lead now 28 over his teammate.

“My plan each race is to try to get a good start and take the lead,” JD said. “I was able to do that today, which helps me in the points. I’ve just got to keep trying to win, and see where I end up at the end of the season. Garrett is riding well, and he’s making it really tough to defend my Championship. But, I’m happy with how I’m riding, and I’m glad to get the wins.”

And for the second year in a row, and also for the second MotoAmerica round in a row, defending MotoAmerica Supersport Champion JD Beach went on to win both Supersport races of the weekend. The two victories at Utah Motorsports Campus enabled JD to inch a little bit closer in the points standings to his Yamaha Extended Service (Y.E.S.)/Graves/Yamaha teammate and current Championship leader Garrett Gerloff.

In a near carbon copy of Friday’s race, Saturday’s contest began with JD getting a good jump from his pole position, pulling the holeshot, and immediately building a lead. Garrett, who started right next to him on the grid, slotted into the lead pack and quickly moved into second position while working hard to not let JD get away at the front.

As the laps wound down, JD remained in complete control of the race, although his gap wasn’t quite as large as it was in Friday’s race.

After doing the double, JD said, “I really enjoy this track, and, like yesterday, I just wanted to get off to a good start and concentrate on running fast laps. I’m here to win races, and that’s what I’m going to keep trying to do. Garrett is riding great, but I’ll keep working hard to defend my Championship.”