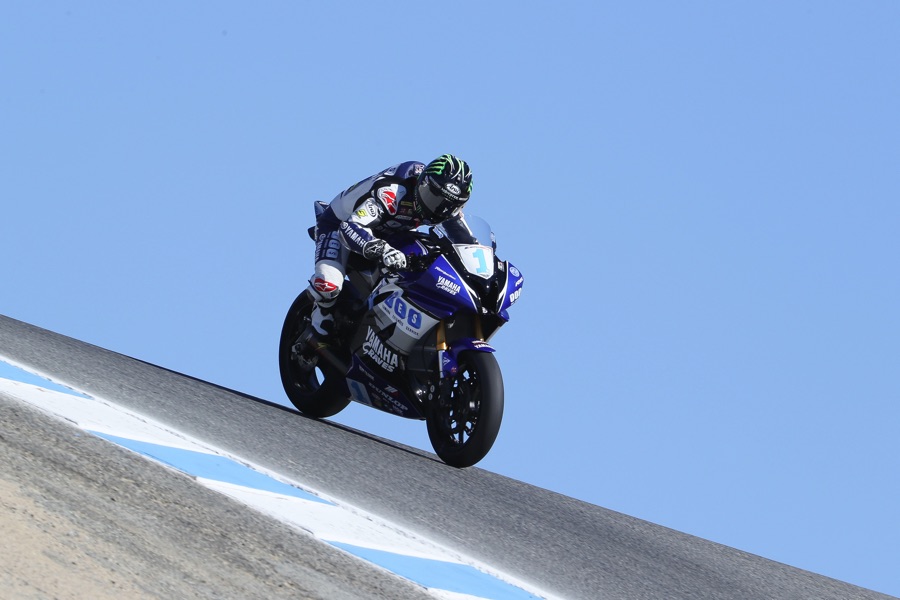 JD, who currently sits in second place in the 2016 Championship behind teammate Garrett Gerloff, continues to chip away at Garrett’s points lead with each successive victory. Following Sunday’s MotoAmerica Supersport race, JD is now just 14 points behind Garrett, who finished third in the race for his 13th podium result of the season.

Garrett started from the front row right next to JD, and he also got a good jump. However, while JD was making his getaway, Garrett found himself in a skirmish with French rider Valentin Debise, and it was a battle that continued throughout virtually the entire 21 laps of the race.

“I still have a lot of work to do to try to overtake Garrett, and I’ve got to win both of the next two races, which is not going to be easy because Garrett is riding great,” JD said. “I got off to a really good start today, and I was able to get away. The start is something that I’ve been working hard to perfect, and I’m making good progress.”

Garrett said, “It was a good race. Valentin and I had a great battle, and he was riding really well. I tried hard to get past him, but I just couldn’t make it stick.”

After MotoAmerica’s mid-summer break, JD, Garrett, and their Y.E.S./Graves/Yamaha team will return to action for the final and deciding round of the Championship, which will take place on September 9-11 at New Jersey Motorsports Park in Millville, NJ.