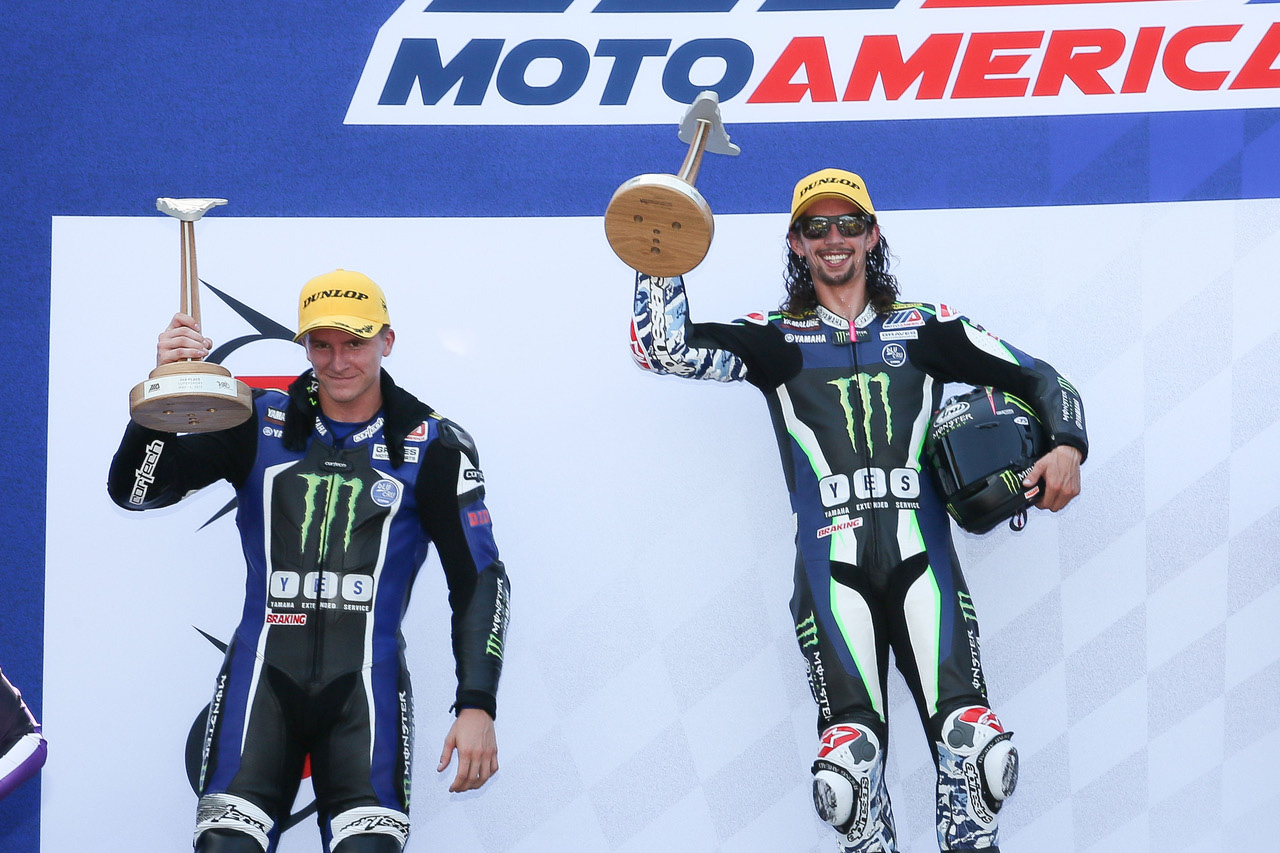 While Garrett got the win and JD finished second on Saturday, it was JD who took the checkers on Sunday – in his second victory of the season, with Gerloff finishing second position.

JD Beach:
“Garrett and I had a great race… I’m a dirt tracker, and he kept leaving the door open in the left-handers! I think he was actually a little bit stronger than me, but I was able to get him in those left-handers, which made the difference. He ran a good pace, and we ran close together but safe. We trust each other, which is great, and we can just concentrate on applying our strengths. Today, I was able to get the win, so I’m really happy.”

JD will be back in action on June 2-4 for the Dunlop Championship At Road America in Elkhart Lake, WI.