JD takes the win on Sunday at Elkhart Lake 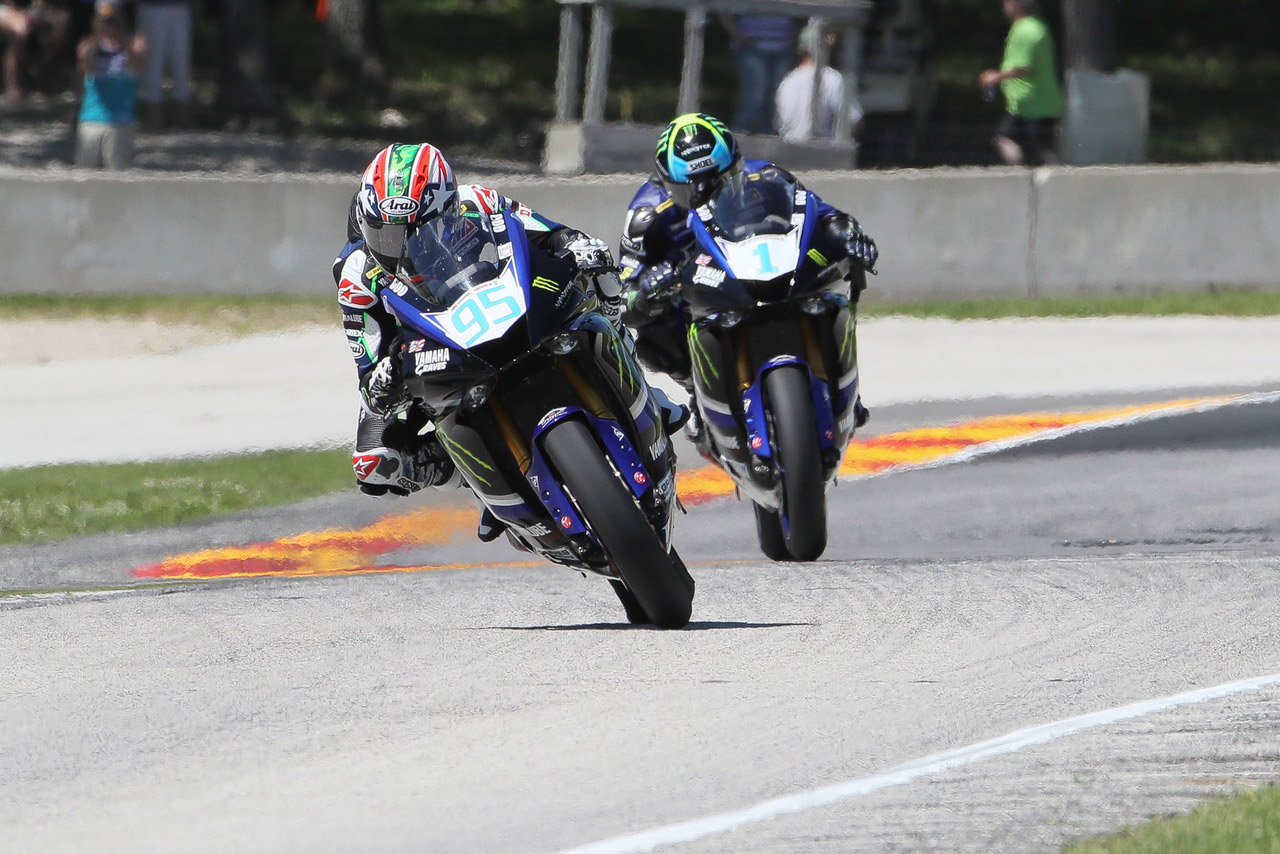 And, at the checkers, it was 2015 MotoAmerica Supersport winner JD who narrowly beat defending Supersport Champion Garrett for his third win of the season, which matches Garrett’s three wins so far this year. Both riders also have reached the podium six times apiece in 2017.

“This has been a tough weekend for me,” commented JD. “And I’ve been proud to wear Nicky’s [Hayden’s] helmet in honor of him. I want to say thank you to Monster Energy for allowing me and some other riders to wear replicas of Nicky’s helmet instead of our own with the Monster Energy logos on them. As for the race, all of us from Owensboro know not to ever give up, so that’s what I kept thinking, and I’m glad to get this win today. Thanks to my crew for giving me a really fast bike. I’m glad to be in this championship hunt and just a few points behind Garrett.”