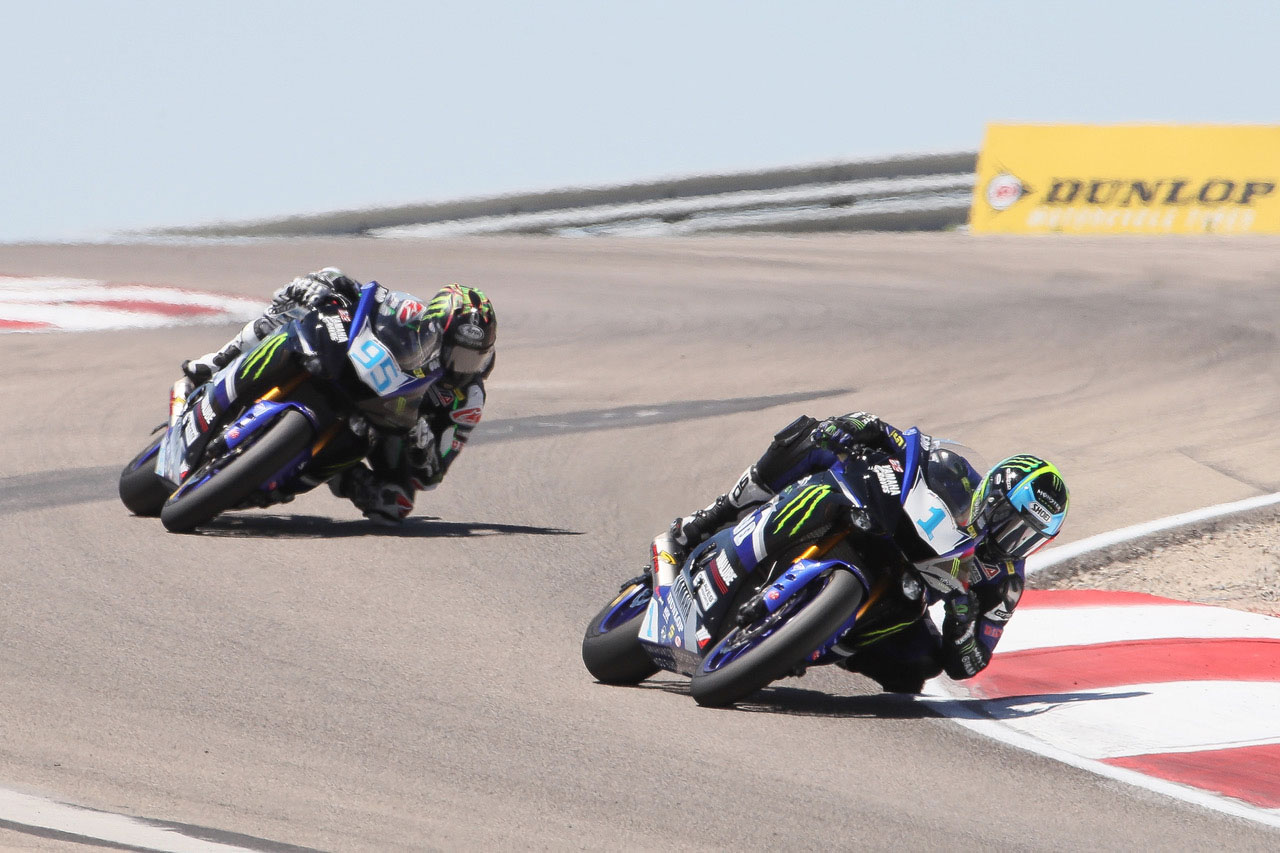 Race 2 at Utah Motorsports Park was really one of ups and downs for Monster Energy/Yamalube/Yamaha Extended Service/Graves/Yamaha rider JD Beach.

On the “down” side, JD and teammate Garrett Gerloff tangled with each other on the final lap of Sunday’s MotoAmerica Supersport race.

Both riders went down in unison, and their Yamaha YZF-R6 machines got stuck together, which delayed both riders’ ability to rejoin the race and prevented either of them from winning the race.

They both did manage to finish, albeit in 17th position for Garrett and 19th for JD.

On the “up” side, JD retained his one-point lead over Garrett in the Championship, with Valentin Debise winning the race and taking over third place in the standings, 47 points adrift of Garrett and 48 points behind JD.

JD said, “In the last lap, when Garrett tucked the front in turn five, I was able to get a little bit of a drive on him going into turn six. It looked like he went just a little bit wide, and I tried to get up underneath him. I went for it, and there just wasn’t enough room. Today are the races you would like to forget. I’m sorry to Garrett, his crew, and the whole team for costing them a win. I want to move past this and go to Laguna.”