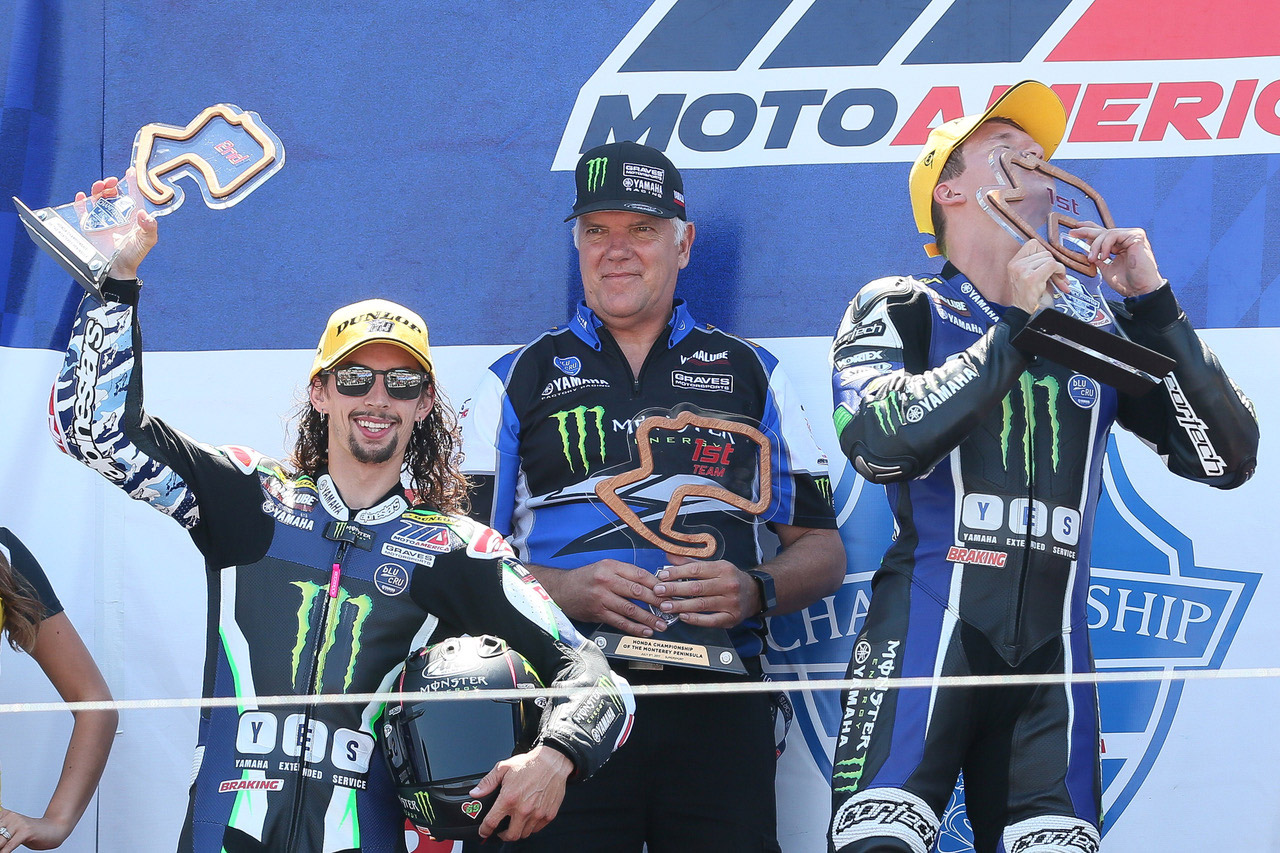 From the start, it was a two-rider battle for the win between JD and Garrett Gerloff, as JD got the holeshot, and Garrett slotted in closely behind the 2015 MotoAmerica Supersport Champion.

Unable to keep pace with the two Yamaha riders, Valentin Debise crashed out of the race, which left JD and Garrett with a more-than-comfortable gap back to Benny Solis in third place.

JD and Garrett battled each other hard with each rider taking turns at the front until Garrett got by JD and was able to stretch out a lead.
At the checkered flag, Garrett won the race by 1.5 seconds over JD and put himself back into the Championship lead by four points.

JD said, “That race was a blast! We were battling hard at the front, for sure. But, the way Garrett and I race against each other, you can tell that we have a lot of respect for one another. Garrett was riding so well this weekend, so my team and I will have to go back, do our homework, and try to get him at the next round.”