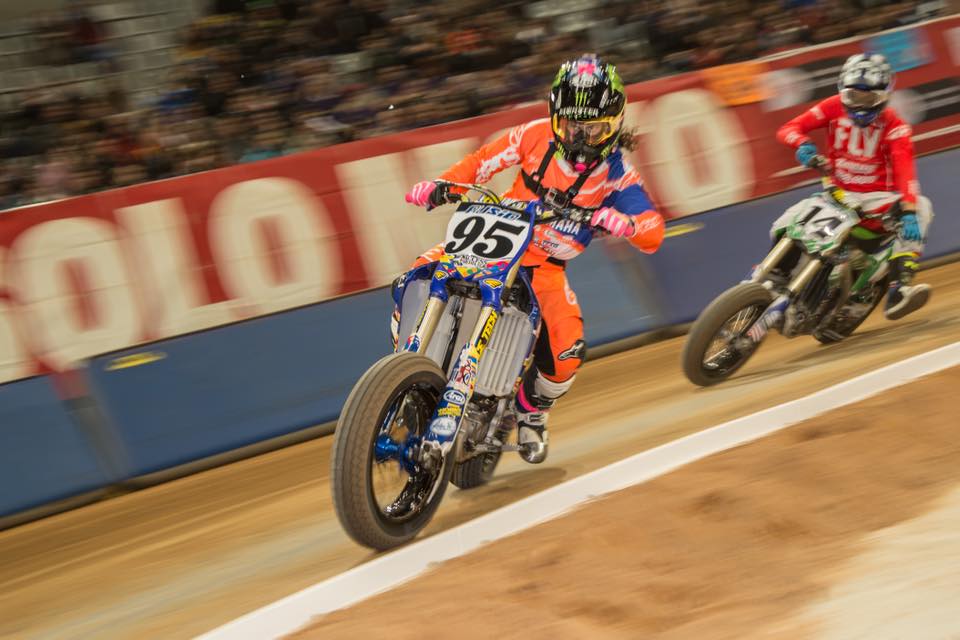 JD Beach put America back on top of the podium today at the Superprestigio short track inside the Palau Sant Jordi arena in Barcelona, Spain – taking victory after running the table in the Open Finals and then backed it up with the win in the Superprestigio final.

JD beat countryman Briar Bauman and Spanish Flat Track Champion Ferran Cardus to take the win in what was his debut in the race.

It was a tough beginning to the day for Beach, as the No. 95 Ausio/Grau Racing Yamaha YZ450F rider had wheel and shock problems, requiring him to run a different set-up to what he’d ridden during his previous days in Spain.

JD not only rebounded from his rough beginning but absolutely shone in the finals, grabbing the Open Final win and then going on to take in dramatic fashion exactly what he flew to Barcelona for – the Superprestigio Final win for America.

JD Beach:
“It was a crazy day for sure… After practice, we found that my front wheel was broken, so we started changing things… Everyone, and especially Briar’s team, have been such a help. Coming in, I didn’t expect this. I struggled yesterday, and qualifying wasn’t so good. But it worked out. Everyone helped. I’m at a loss for words, really. Gotta thank Brad Baker. He couldn’t make it this year, and I was the first guy he called. I was honored to take his spot. I’m pumped that Briar and I went 1-2. He wanted a different order, I’m sure, but it worked out. Hopefully, we can go on to Paris next year and fight again.”