Jiggy Dog Is Ready To Hit The Beach! JD Set To Race At Daytona TT on Thursday 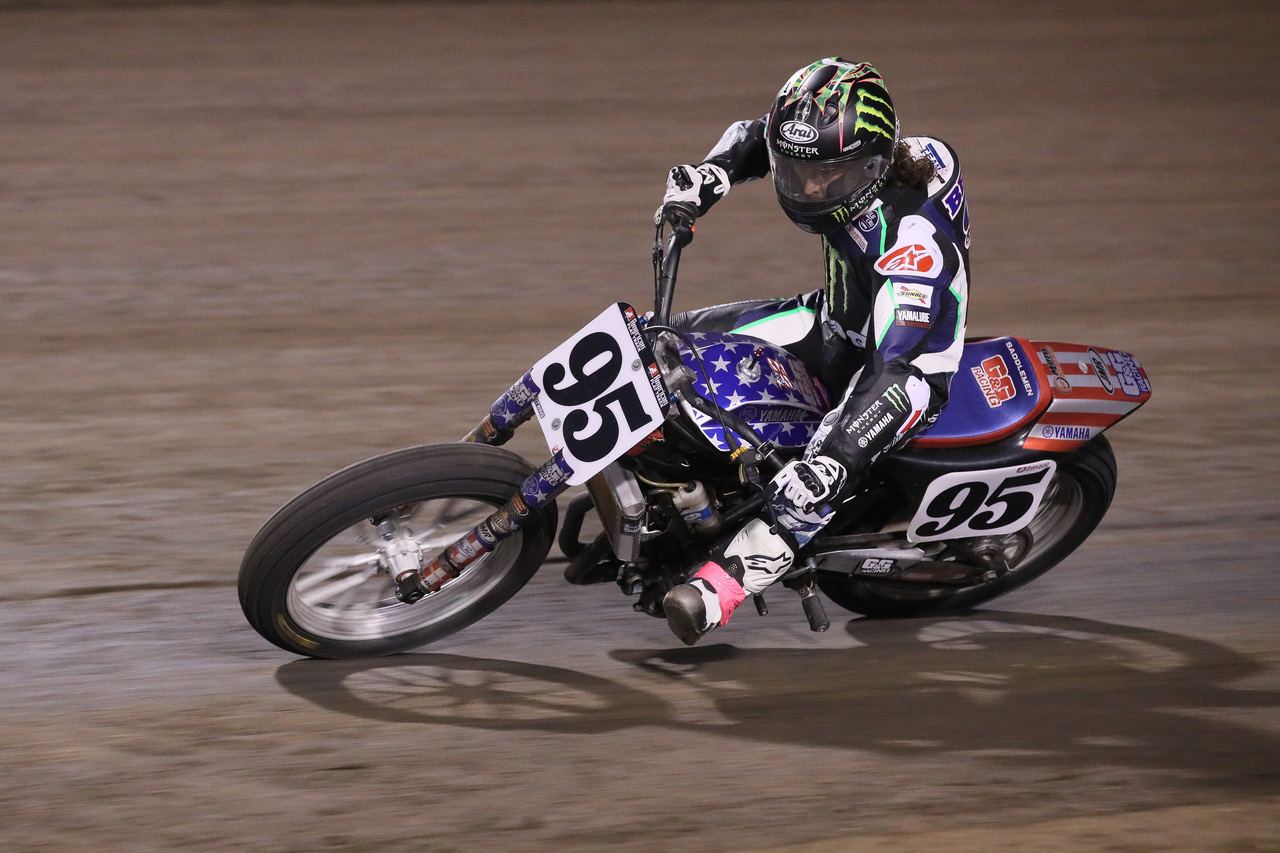 Donning his steel shoe and throwing his leg over the #95 G&G Racing/Rickdiculous/Team95/Yamaha FZ-07 flat tracker, 2015 MotoAmerica Supersport Champion JD Beach will compete in the AFT Twins class at next Thursday’s AFT-season-opening Daytona TT at Daytona international Speedway in Daytona, Florida.

JD will race at the Daytona TT, as well as Round 2 of the AFT Championship, which is the Atlanta Short Track at Dixie Speedway in Woodstock, Georgia, on April 7. Proving his motorcycle-racing prowess and old-school dirt track/road racing versatility, the “Jiggy Dog” will also compete again this year in the MotoAmerica AMA/FIM North American Road Racing Championship’s Supersport class aboard the #95 Monster Energy/Yamalube/Graves/Yamaha YZF-R6 where he is considered to be a favorite to win his second Championship in the class.

“First off, I want to thank Yamaha Motor Corporation, U.S.A., and Graves Motorsports for allowing me to get some flat track in before our season starts,” JD commented. “I’m really looking forward to throwing my leg over the G&G Racing/Rickdiculous/Team95/Yamaha FZ-07. It was a blast racing the bike to a podium finish last October at the American Flat Track Finals at Perris Speedway. And now, to get the opportunity to race the bike at this year’s Daytona TT is something very special to me. I can’t wait!”

The Daytona TT gets under way at Daytona international Speedway next Thursday afternoon with AFT Twins practice scheduled to begin at 3 PM. For General Admission Advance Tickets starting at just $30, CLICK HERE.