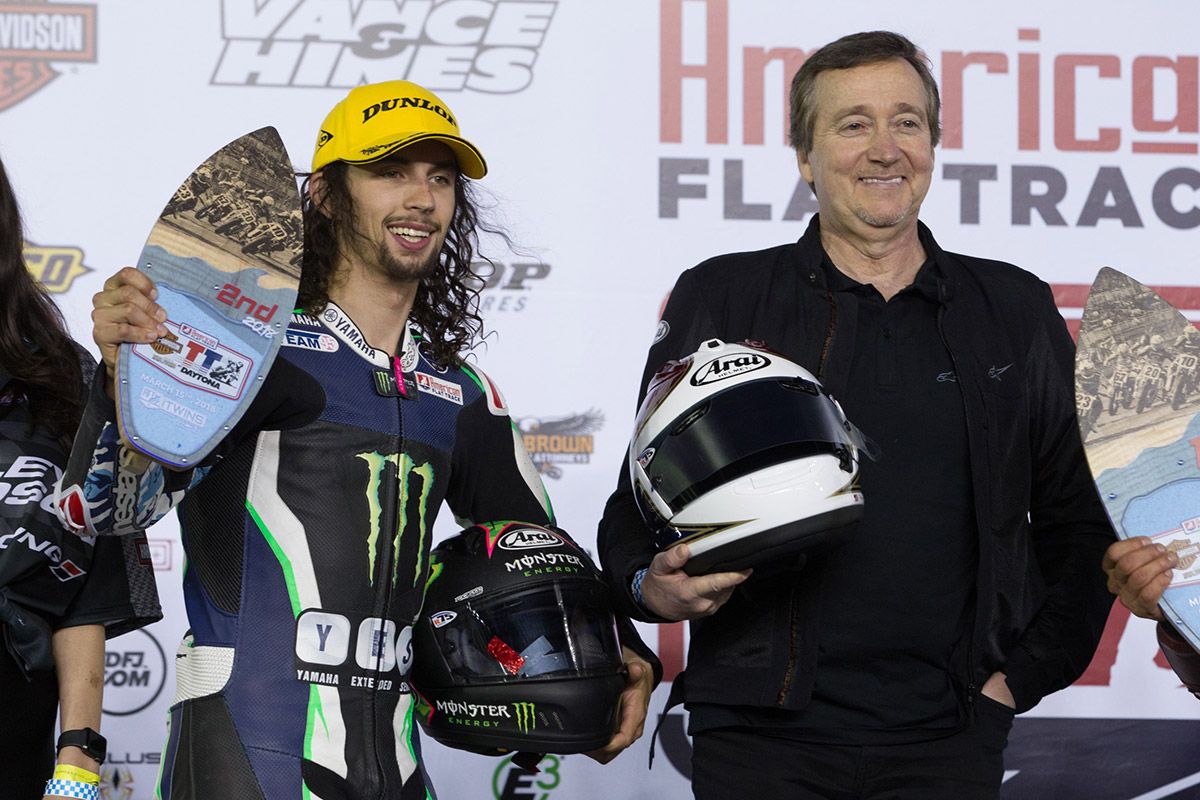 JD made his first of two appearances with the G&G Racing Team in the 2018 American Flat Track Series, and the 2015 MotoAmerica Supersport Champion emerged with second-place in the highly-competitive Twins class on his MT-07.

Ultimately, it was JD who set his sights on the race leader and series’ reigning champion, Jared Mees, as he passed Brad Baker to position himself in second-place just prior to the halfway point of the race.

JD then turned it up a notch, and closed the gap to within 0.462 seconds of Mees when the checkered flag waived, bringing home a very respectable second-place finish.

JD Beach, AFT Twins #95 – G&G Racing
“My night went great! I definitely have to thank the G&G Racing guys, they worked hard on the bike. We got a little bit of time on the bike on Tuesday and it felt great then. We unloaded it here and made a few changes throughout the day but it was a great bike – it was fast! We’ll go to race two with what we learned and try to get a win.”