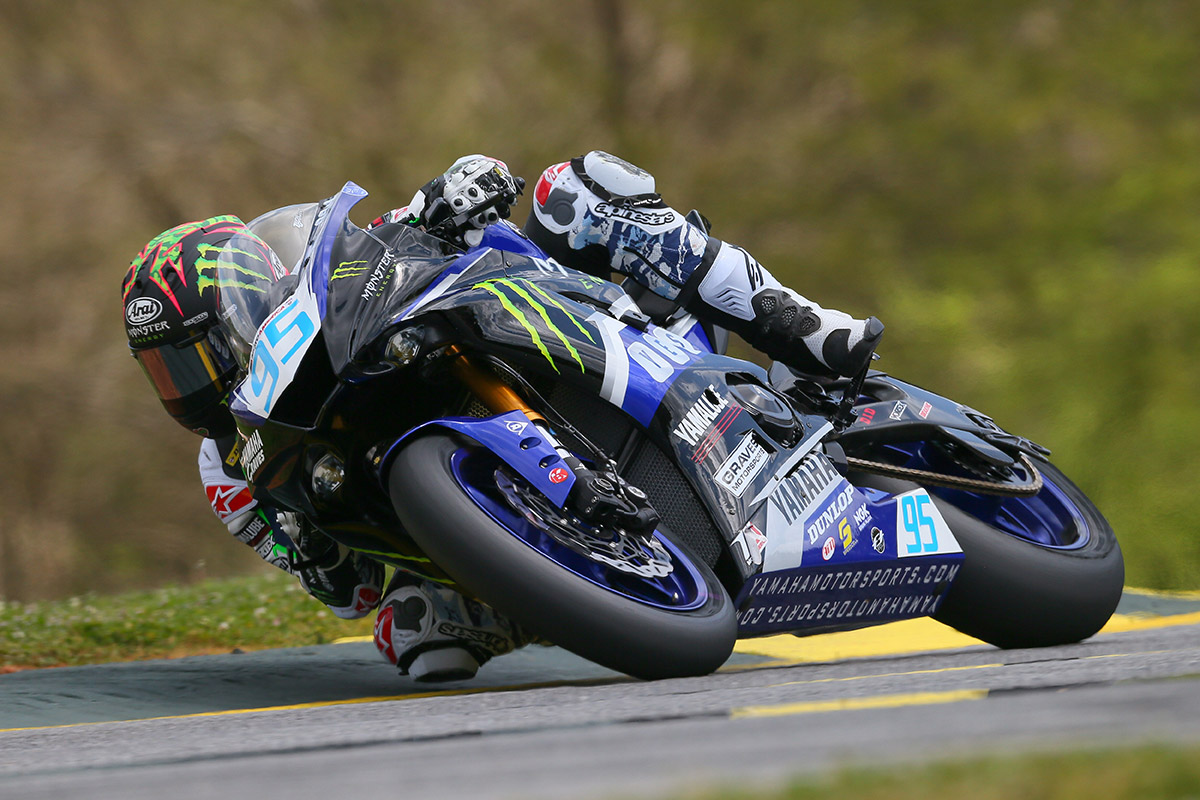 JD was opening a comfortable lead at the start of the race when Gillim was caught in an incident with another rider and crashed. Just a few laps later, a red flag from another incident forced the riders to regroup and start again, placing Gillim back on the grid.

Beach put his head down and made good use of the Monster Energy/Yamaha Extended Service/Graves/Yamaha Team’s hard work since the Dunlop Preseason Test at Barber Motorsports Park last month, as he rode a nearly flawless race on his #95 YZF-R6 to finish ahead of Gillim.

JD Beach – #95
“Coming off the test at Barber, it didn’t go as smoothly as we would have hoped but the team and crew worked so hard and they’re really dedicated, so coming into this weekend it was all fixed. It was a close race today and in the past, Road Atlanta definitely hasn’t been one of my strong tracks so to come away with a win in the first race is awesome. We don’t know what it’s going to be like tomorrow, but it’s a long year and we’re ready to continue putting in the hard work.”