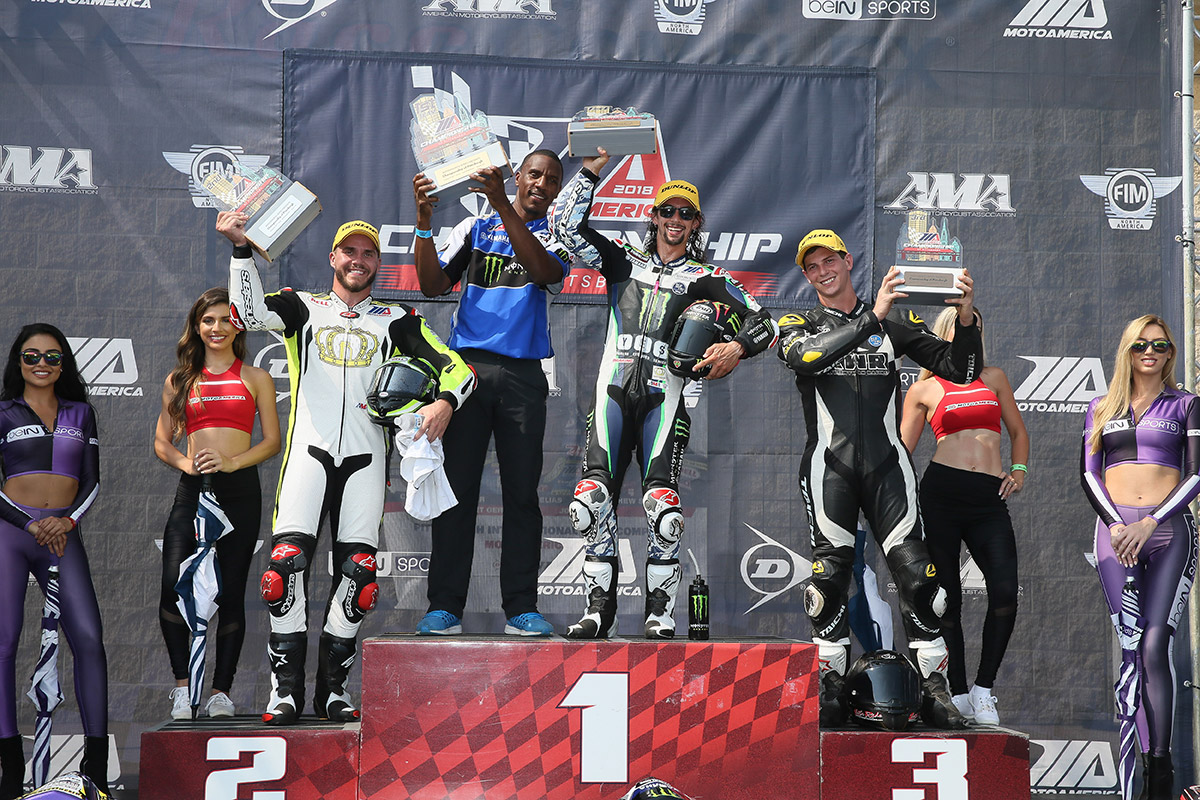 JD Beach came into Sunday’s Supersport Race 2 looking to return to the top of the podium with his R6, but fellow Yamaha bLU cRU racers Hayden Gillim and Bryce Prince were up for the challenge.

At the start of Race 2, Beach immediately went to work by launching his R6 to the front of the pack on the opening lap of the race, but a red flag incident sent all of the riders back to the grid for a restart.

When the green flag waved to start the race again, Beach found himself engaged in a battle with Valentin Debise, who suffered an unfortunate crash, leaving Beach in third place. Beach set his sights on Prince for second place, made his move to claim the position, and then focused on race-leader Gillim.

The duo swapped the lead several times before another red flag came out with two laps to go, ultimately ending the race with JD in first place.

JD Beach – #95 YZF-R6
“Well today for Race 2 it was a crazy one. Lots of crashes and red flags, so I hope everyone is OK. But it was good to bounce back from our race yesterday. My R6 was working awesome and let me battle hard. The group of us were throwing passes left and right, and it was a ton of fun. Pittsburgh was a great track, but NJMP [New Jersey Motorsports Park] can’t come soon enough!”