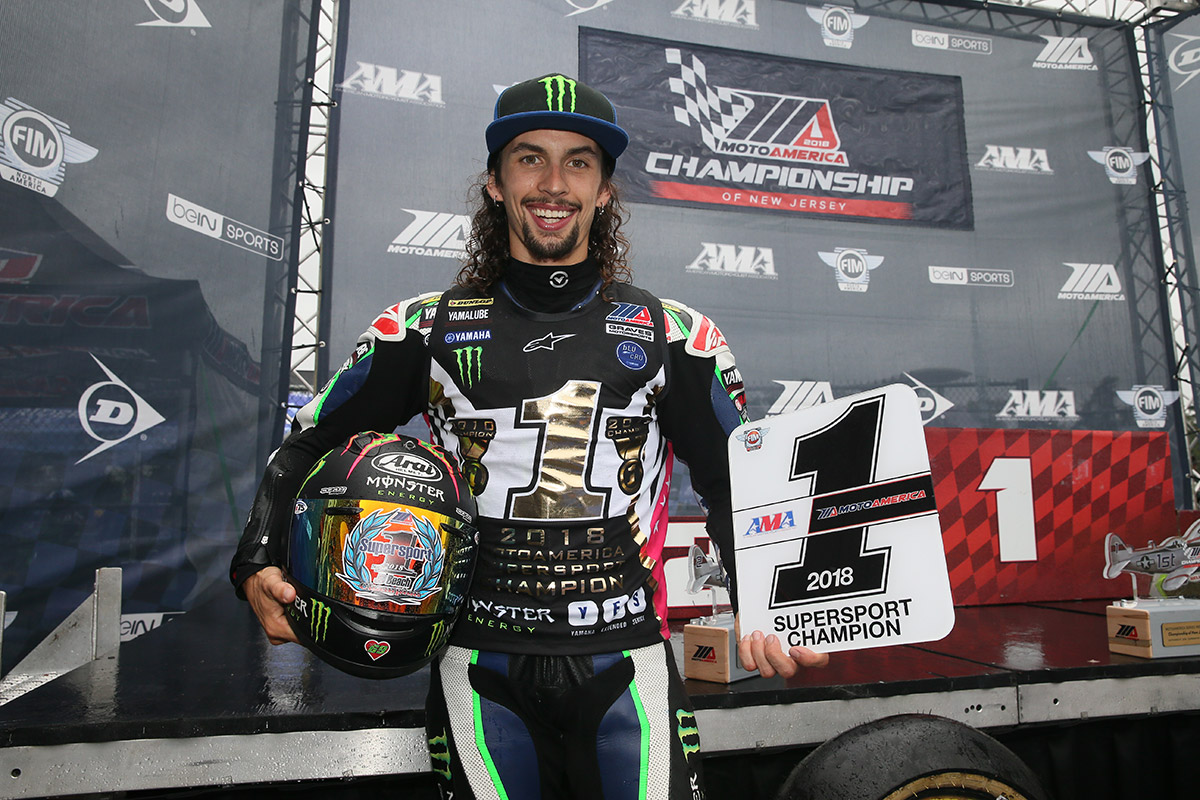 It’s been a dominant 2018 season for the newly crowned Supersport Champion, JD Beach, who has raced his YZF-R6 to an impressive total of ten victories in 14 races, while finishing on the podium three times and claiming Superpole twice throughout the season.

Championship number two wasn’t an easy feat for JD by any means, as he battled stiff competition with a field of talented Supersport racers all season long. The Kentucky native held strong, week in and week out, to fight his way to a second-career Supersport title and he will continue to vie for race-wins in the final three races.

In Race 1, JD got off to a great start aboard his Monster Energy/Yamaha Extended Service/Graves/Yamaha R6 and he engaged in an early battle for the lead with Yamaha bLU cRU rider Hayden Gillim. With the bigger picture in mind, Beach maintained his pace without pushing the limits to race his R6 to a championship-winning performance in second.

JD Beach – #95 YZF-R6
“Man, today was a crazy and stressful race. Looking at the weather last night, we thought it was going to be a dry race but Mother Nature had a different plan. My Monster Energy/Yamaha Extended Service/Graves/Yamaha R6 felt great in the rain from the first laps this morning. We knew we didn’t have to win the race to wrap up the title but I still wanted to do battle. Leading the race in the rain felt great and we were able to dice it up a bit with Hayden [Gillim]. Once he got a gap and I was running second, it was all about bringing it home. The last ten laps were the longest race of my life! It feels so amazing to win this title again – maybe even better than in 2015. I’ve worked so hard to get this title back and haven’t stopped thinking about it since I lost in here at NJMP at the end of 2016. I’m so thankful to my team and crew, I just can’t thank them enough!”