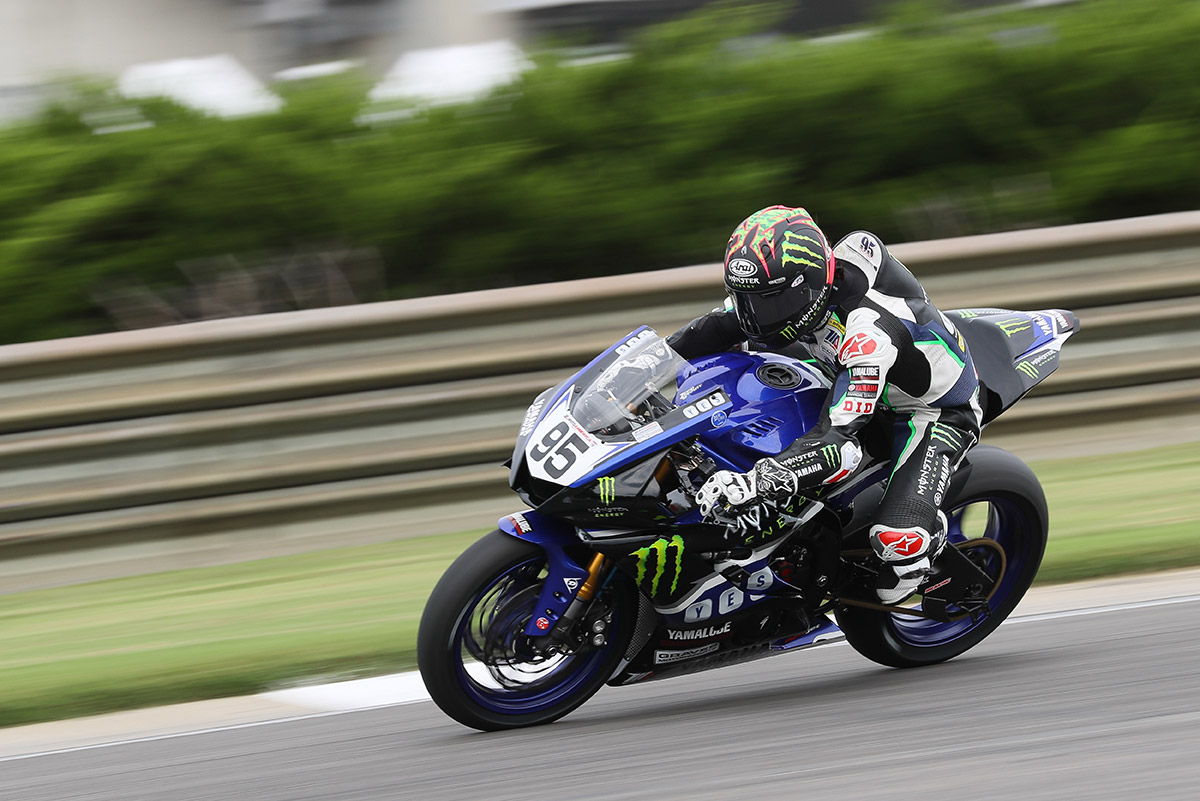 The tenth and final round of the 2018 MotoAmerica AMA/FIM North American Road Racing Championship provided plenty of action on Saturday at the iconic Barber Motorsports Park in Birmingham, Alabama, with JD Beach taking victory in Supersport Race 1.

JD got off to a great start aboard his Monster Energy/Yamaha Extended Service/Graves/Yamaha R6 as he raced to the front of the pack. The newly-crowned Supersport Champion led the first five minutes of racing action before a red flag stopped the race due to a two-rider crash that required assistance from safety vehicles and personnel. On restart number two, Beach launched his R6 to the lead position once again, but the race was soon halted with another red flag due to a second two-rider collision that left debris spread across the track.

After the third restart, Beach slotted into second place as he began the final ten-lap stint in a close battle for the lead position with his fellow bLU cRU rider, Hayden Gillim. Beach applied pressure to Gillim late in the race as the duo battled to the checkered flag, where Beach narrowly missed victory by 0.0098 of a second.

JD Beach – #95 YZF-R6
“Today was a crazy race with lots of red flags. By the time we had finished the race we had 27 laps on the tires. First off, I hope all the downed riders are okay. Once we finally got going it was a ten-lap sprint and Hayden [Gillim] was riding great. We had a ton of pressure from behind with Valentin [Debise] giving me no breathing room. I made a big mistake going into the museum turn and got into the dirt and almost lost the front. Hayden was able to get a gap on me but we could run him back down. We ran our fastest lap on the last lap and learned some lines, so Race 2 should be exciting!”