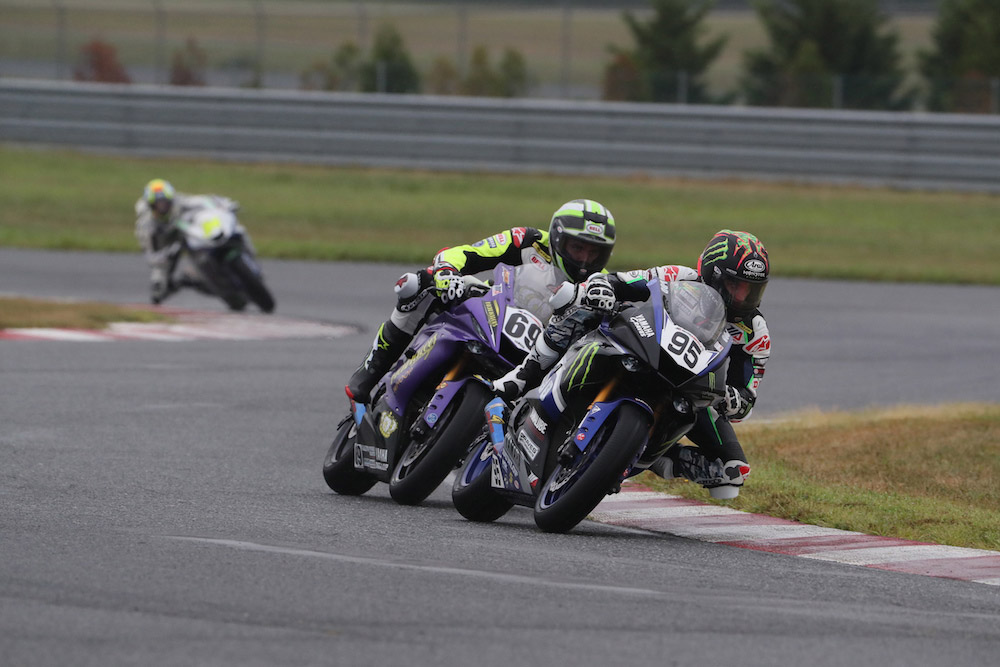 Due to some rain showers just before the start of Supersport Race 2 at Barber Motorsports Park, Alabama, the day’s schedule was delayed, resulting in a shortened 14-lap race that took place in a mixture of wet and dry conditions.

As the green flag waved, JD Beach raced his Monster Energy/Yamaha Extended Service/Graves/Yamaha R6 to the front of the pack on the opening lap. While navigating the unpredictable track conditions early on in the race, Beach dropped back to fourth while keeping the race leader within sight. After moving back into second place, Beach made a charge with six laps to go, igniting an intense battle With Yamaha bLU cRU rider Hayden Gillim for the final race win of the season.

JD pulled the trigger to pass Gillim for the lead with only four laps left in the race, but Gillim quickly answered back, reclaiming the position on his R6. The duo diced back-and-forth while the race wound down to the finish line, and despite a few close encounters, both riders remained intact for a photo finish that separated them by only 0.029 of a second, with Gillim claiming victory and JD taking second place.

JD Beach – #95 YZF-R6
“It was another great race on my R6 and almost a great end to the season. We had to fight hard in tricky conditions and make our way up to the front from a good ways back. We rode a smart race and made some good passes. At the end on the last lap, we came together with another rider, but I guess that’s racing. Now we’ll go into the off-season and see what happens for next year.”