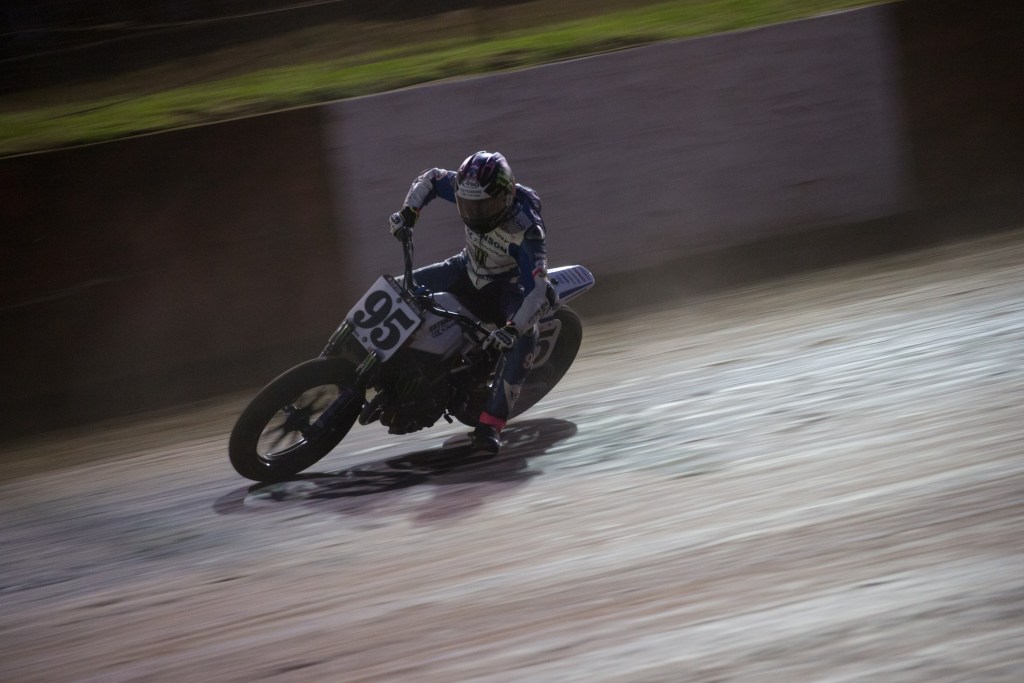 In tough conditions at round two of American Flat Track, JD Beach was sadly unable to score a transfer spot from the Semi to the Main Event.

The clay short track at Dixie Speedway has been known to present slick conditions, something that has not typically favored the newly developed Yamaha dirt tracker. However, the team was hopeful that the track would have more traction than in the past and that perhaps some of their off-season testing would prove to be helpful. Unfortunately, it was not a best-case scenario with slick conditions from the start and limited track time for the Twins with no Heat races before the Semi.
 
JD was up first in Semi 1, finishing just outside the transfer positions, in ninth.
At the end of the day, the team was able to take away some information from it, and they hope to expand on that at their half-day post-race test, Sunday, March 24 at Dixie Speedway.
 

JD Beach – AFT Twins #95:
“It was definitely a rough night, but we kind of knew coming into this race we were going to struggle a little bit with the track. We were just kind of chasing the track all night and chasing the bike. With how slick it was, it made it real hard to get grip. It definitely didn’t turn out the way we had hoped, but we’ve got a month off now, three weeks or something like that. So we’ll go back and try again in Texas.”