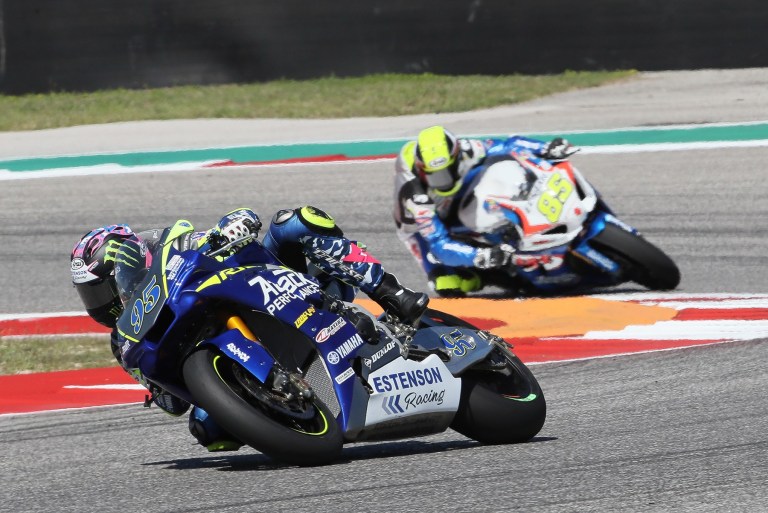 Attack Performance Estenson Racing’s JD Beach was looking to score another top-five finish, but unfortunately a technical issue cut his race short, at round two of the MotoAmerica Superbike Championship, Sunday, April 14, at the Circuit of The Americas.

JD started the day off in morning warmup feeling great on the bike after some overnight changes to his Attack Performance Estenson Racing Yamaha YZF-R1, giving him extra confidence going into the second race of the weekend. He got off to a great start in third position and then found himself in the battle for fourth.

Although passed, Beach didn’t lose sight of his competitor. So while it was unfortunate to suffer a technical issue in the final moments of the race, much progress has been made even though it’s still very early in the season.

JD Beach:
“I’m bummed about the way we had to end the race, but the pace for us today was way better. It was fun racing with Garrett [Gerloff] again, just like we did for four years or whatever it was in Supersport. I think altogether, even though we didn’t finish the race we took some big steps forward. We’re getting closer to the front guys. I’m feeling really good on the bike, too. I think the team’s working great together. So, like I said, it’s a bummer for how we ended up because we had a good run going, but I think we’ve learned a lot and we’ll go on to Virginia.”