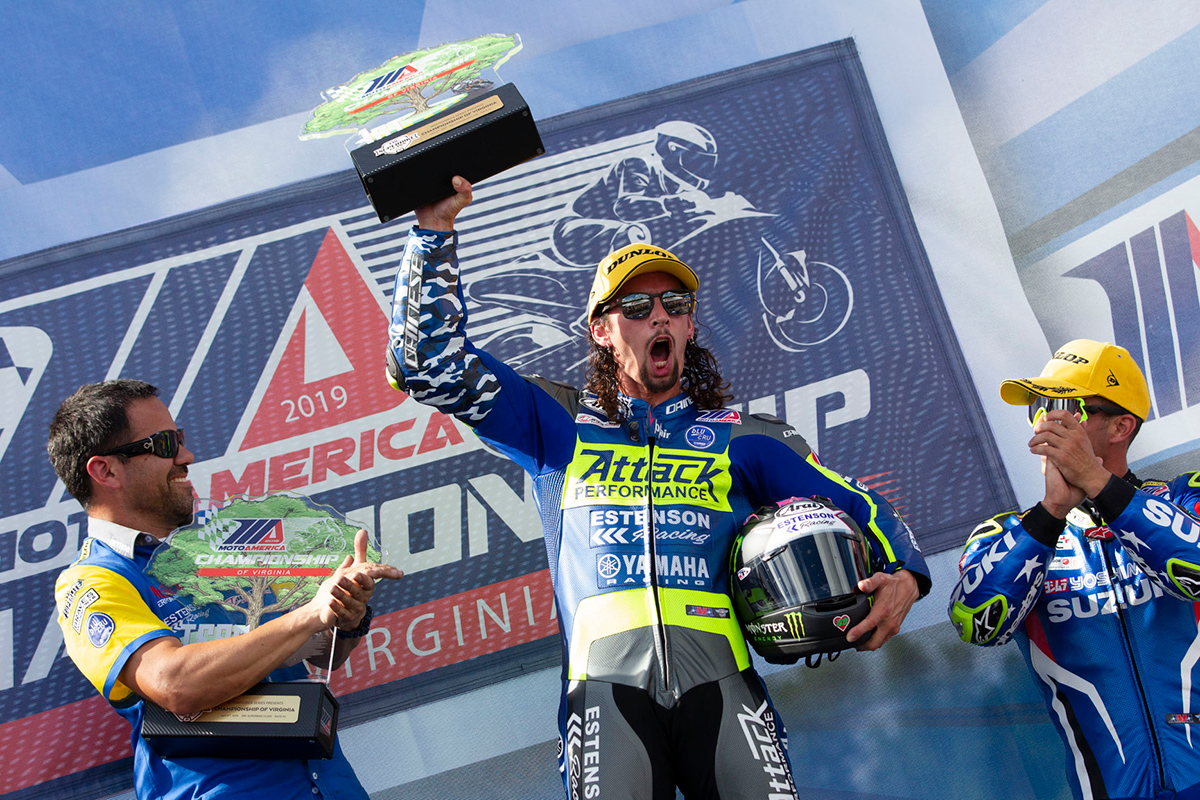 The forecast going into the day looked questionable, but rain or shine, JD was ready for either. It turned out to be a mixture of both with heavy rainfall leading up to the race and sunshine as bikes went out for the Superbike sighting lap. The decision was made to go with slicks even though the track was still pretty wet and it proved to be the right call. JD got off to a good start, checking out early along with fellow Yamaha rider and former Supersport championship rival Garrett Gerloff. The pair swapped positions, but Beach was able to hold onto the lead and throw down laps to give him a 3.759-second advantage across the finish line.

It was an emotional win besides just getting his first because it was the anniversary of close family friend Ethan Gillim’s passing, which is why he runs number 95. The victory also adds his name to the record books, becoming the first rider to win both a Grand National and Superbike race in the same season since Nicky Hayden in 2002 and the first rider to do so on a Yamaha since Kenny Roberts in 1980.

JD Beach — MotoAmerica Superbike #95:
“It’s amazing. The dirt track win was something that I dreamed of when I was a kid. Since I was 16, this is something [the Superbike win] that I’ve worked hard for. I’ve set my sights on this. To get this first win on a Superbike is absolutely amazing. I can’t thank Estenson Racing and Attack Performance enough for getting behind me. They had no reason to. Tim [Estenson] had his whole dirt track program figured out, and he wanted to do this because he likes me, which is just amazing. Richard [Stanboli] at Attack, they were okay with not going racing this year. So for them to put the belief in me that many of these teams here wouldn’t, it just feels amazing. I know we’re still going to have our ups and downs this year, but it feels good to get this first win. I’m going to keep working hard and try to get that next one.”