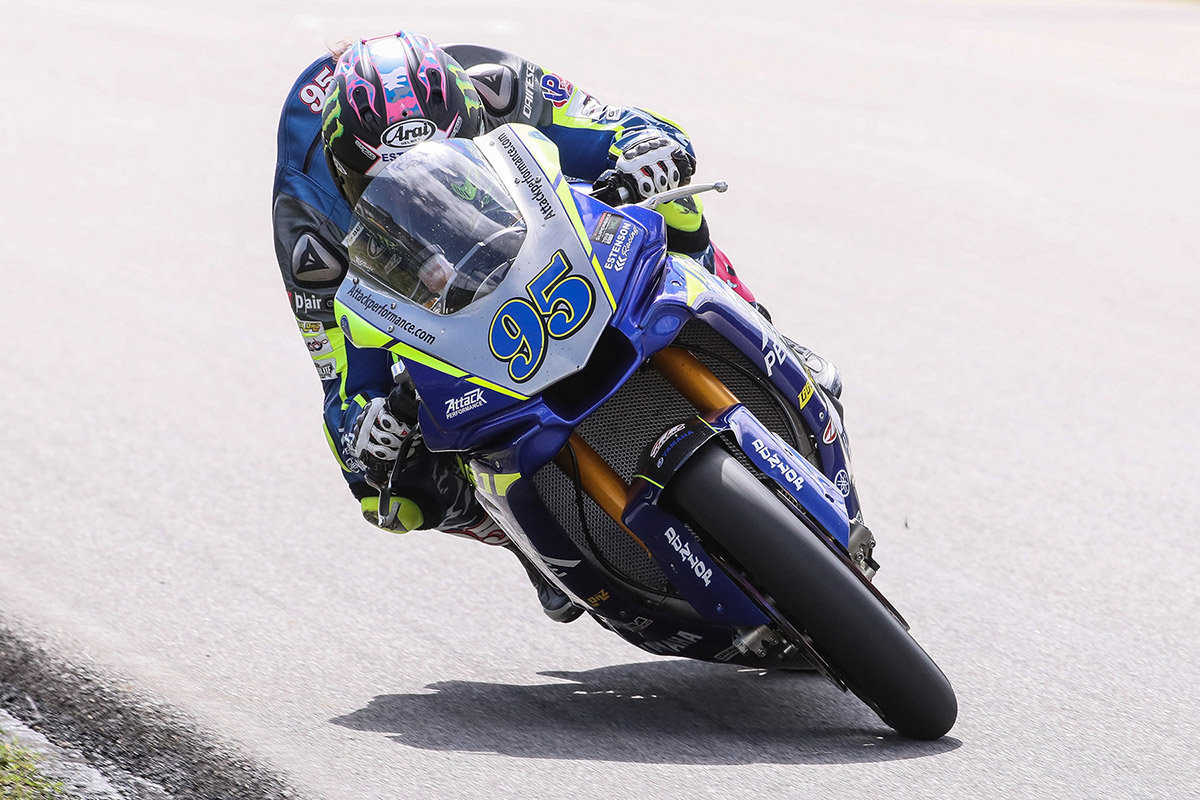 Now that JD Beach has that first MotoAmerica Superbike win to his credit, the dirt track/road racer is hungry for more success this weekend at Road America, May 31 through June 2. Currently sitting third in the standings, 48 points behind the championship leader, JD also looks to close the gap in the title chase aboard his Attack Performance Estenson Racing Yamaha YZF-R1 Superbike.

Although a couple of the American Flat Track rounds on the schedule got postponed due to weather, the Owensboro, Kentucky, resident has still been very busy with racing and testing. In addition to the So-Cal Half-Mile and a win at Steve Nace’s All Star race at the Springfield TT last weekend, JD and his team found the time to do some Superbike testing in California. It was a productive test for the team, giving JD extra confidence on top of his success at VIR and he looks to build on that at round four in Elkhart Lake, Wisconsin.

JD Beach — MotoAmerica Superbike #95:
“Road America is a track that I enjoy a lot and it has a lot of really great fans, so it’s always a fun weekend. It’s also one of those weekends where you are always kind of guessing what the weather will do, but I think that kind of makes it a little bit more fun. After the last race I’m feeling really good. We did some testing with the Attack bike to figure out some things with the forks and I think that went really well. I know the whole team has been working hard on the bike to find a little bit more power for the long straights at Road America. I think it’s going to be a great weekend and I’m really looking forward to it.”