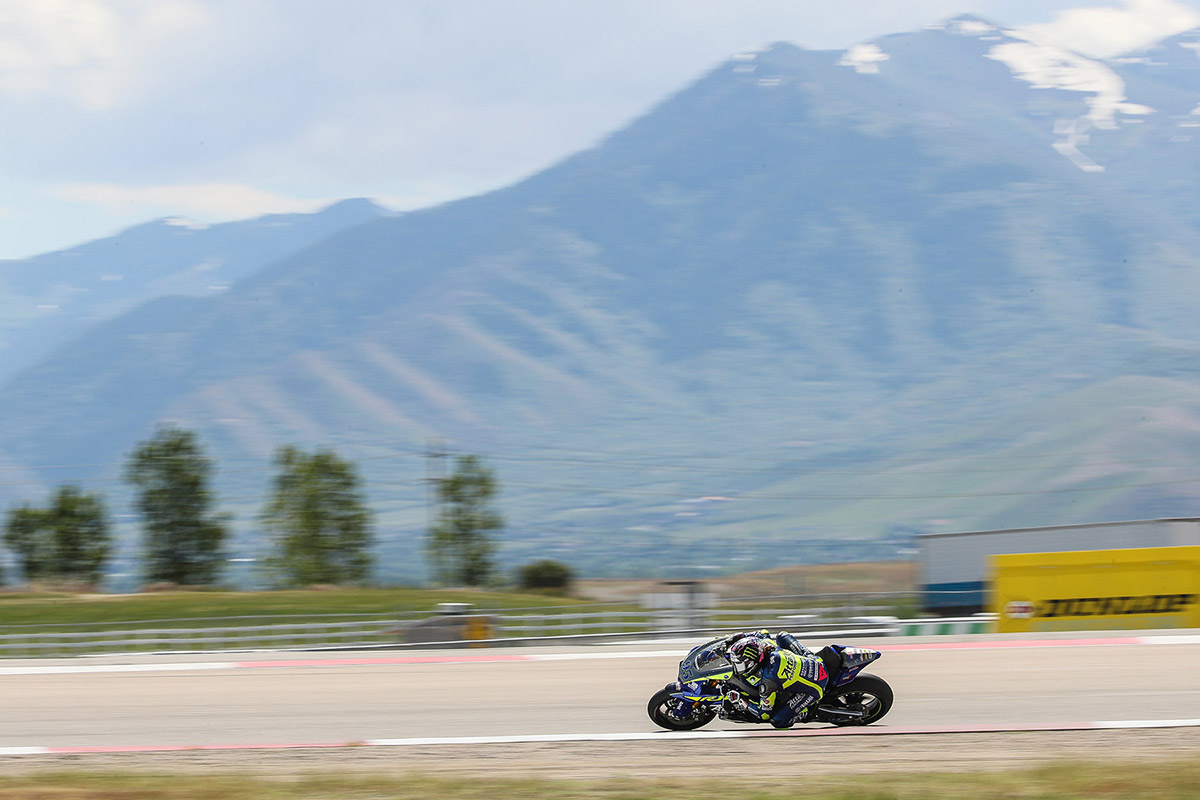 With the MotoAmerica Superbike Championship approaching the halfway mark the pace was hot in race one at Utah Motorsports Park in Grantsville, Utah. Attack Performance Estenson Racing’s JD Beach was right in the mix and in third position, but unfortunately a crash ended his campaign for his third podium of the season.

The dirt track/road racer had a decent start to the day in the jam-packed schedule for the two-day race format and qualified sixth. Although he didn’t get his usual stellar start, JD was in the lead pack and steadily moved his way up through the rostrum. On lap six he had worked his way up to fourth, but the battle was fever-pitched and he got shuffled back to sixth as the race neared halfway. JD fought his way back and was able to slip into third. Unfortunately, an error had him in the gravel with six laps to go.

While it was disappointing to miss out on a podium opportunity, JD and his team made forward progress and look to take what they learned in race one and put the Attack Performance Estenson Racing Yamaha YZF-R1 on top tomorrow.

JD Beach — MotoAmerica Superbike #95:
“It definitely sucked to crash out of third, but I think even though we crashed, there was a lot of good to take away from the race. The bike was working great and I was feeling really good. We had the quickest lap of the race, too, so that’s a plus. I think we learned some stuff in the race, as well, and can make the bike a little bit better for the race tomorrow. I know the team’s going to work hard to get the bike back together and give me a great bike for race two. I’m really looking forward to it and looking forward to racing at the front again.”