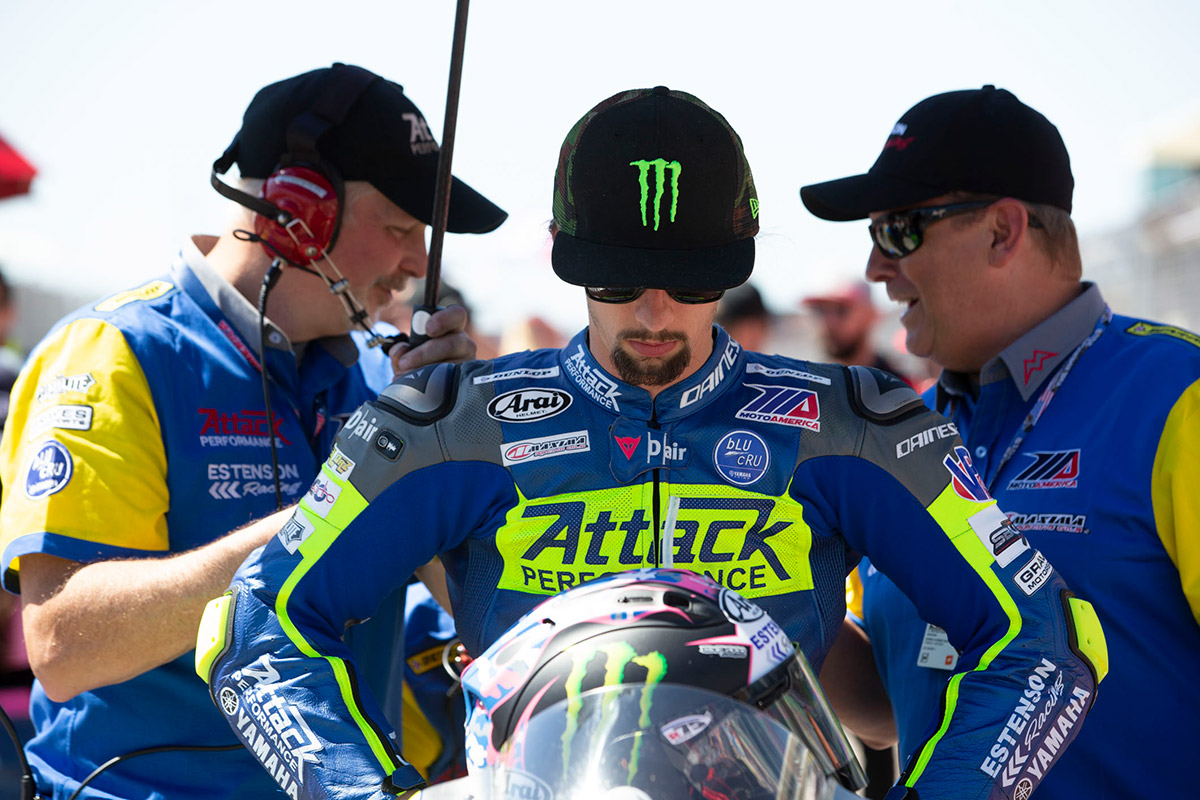 This weekend, July 12-14, JD Beach will be pulling double duty aboard the Attack Performance Estenson Racing Yamaha YZF-R1 in MotoAmerica Superbike and the FIM Superbike World Championship at the U.S. WorldSBK round at WeatherTech Raceway Laguna Seca in Monterey, California. That means five races and a frenetic schedule, but the two-time MotoAmerica Supersport Champion is eager for the challenge and looks forward to his debut in the international championship.

Beach is no stranger to a busy schedule in 2019. The Owensboro resident has taken on both premier classes in dirt track and roadracing in the U.S., giving him only three weekends off since the American Flat Track season started on March 14. He and the team have also spent time preparing for the busy weekend. With Attack Performance’s experience last season running both classes, Beach will have a different bike for each series to help with the quick transition needed between the two events. Earlier this week, the lone American on the WorldSBK grid at Laguna Seca was able to ride the two different Superbike-spec bikes, and looks to put forth top results in both championships.

JD Beach — MotoAmerica Superbike #95:
“Coming into this weekend at Laguna, I’m really excited and nervous, too. I’m looking forward to getting the opportunity to race World Superbike at a home race with MotoAmerica, so it’s going to be fun, but a tough weekend, too. We did get some time going back and forth between the two different brands of tires. I think we had a positive test leading into this weekend. We have done all the work we can do and really, now it’s just up to me to figure out how to go fast with the World Superbike guys and be able to keep that speed going into the MotoAmerica races. So, yeah, I’m really looking forward to going to Laguna. It’s a track I like a lot. It’s going to be a blast.”