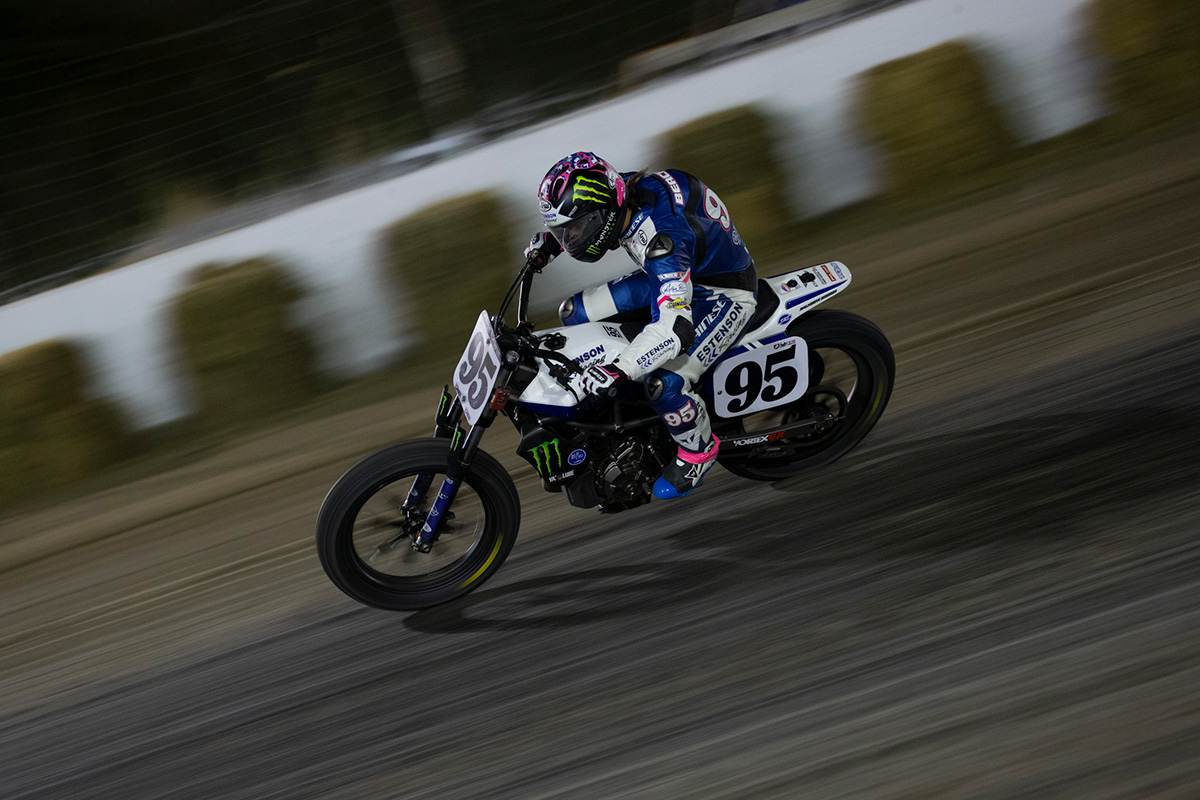 Slick, clay Half-Miles have been the team’s Achilles’ heel all season long with their all-new flat track machine. The team continues to put in the hours to overcome these challenges, so although anything short of a win is disappointing, progress was made with all four riders making the Main Event.

JD Beach, fresh off his win Sunday night at the Buffalo Chip TT, got a good start behind his teammate Johnson and moved his way up a couple positions into 13th. After the restart, the road racer/flat tracker made more forward progress and ultimately crossed the line in ninth. Two-time Grand National Champion Johnson was right behind him to round out the top 10.

JD Beach — AFT Twins #95:
“It was a tough day. We tried some new stuff with the bike and haven’t really made too much headway with it, but we’re figuring out stuff that doesn’t work, at least. It sucks because the whole team is working so hard. We’re not making the gains that we had hoped for, but we’ll keep trying. To come home with a top 10 is good, but we definitely want more. So we’ll just keep pushing.”