JD Beach Takes Strong Fourth in Race One at Sonoma 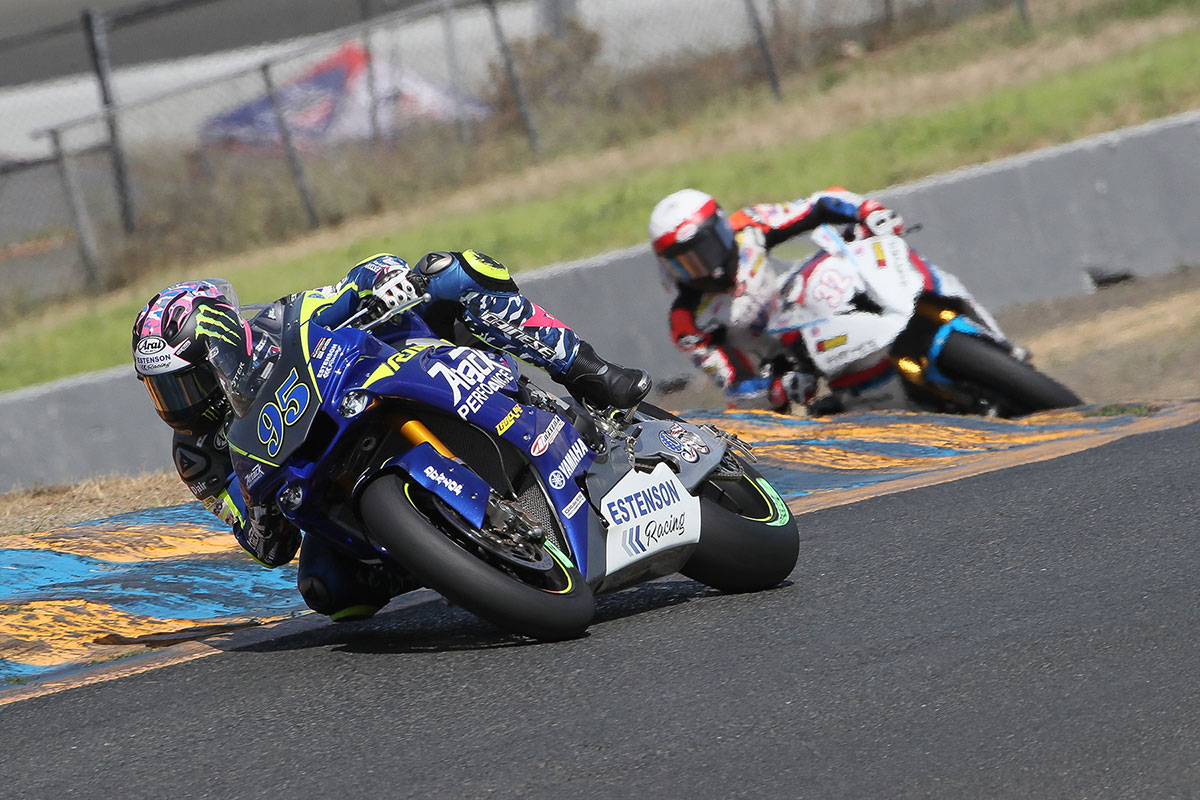 JD Beach delivered a solid performance to take fourth place in race one of the seventh round of the MotoAmerica Superbike Championship, on Saturday August 11 at Sonoma Raceway.

Starting from the third row in ninth, Beach made a rapid getaway on his Attack Performance Estenson Racing Yamaha YZF-R1 to make up places. After finding his rhythm in the opening laps and gearing up to challenge for more positions, Beach was promoted to fourth after incidents involving riders ahead.

From there he maintained a consistently strong pace to shadow third place and bring home a second consecutive points finish in fourth at Round Seven of the series.

JD Beach — MotoAmerica Superbike #95:
“The race was pretty eventful. There were a lot of guys that went down. The track seemed really slick. With it just being a two-day weekend, I think we were struggling with the bike a little bit and with my riding. For the race we made a safe choice with the tires, but I think we picked the wrong ones. We do have some good data for tomorrow and there’s a lot of stuff that we’re going to try in the morning warmup. I think if we can get a few things sorted out, we’ll be a lot quicker. I’m looking forward to race two.”