Another Top-Five Finish for JD Beach in Sonoma 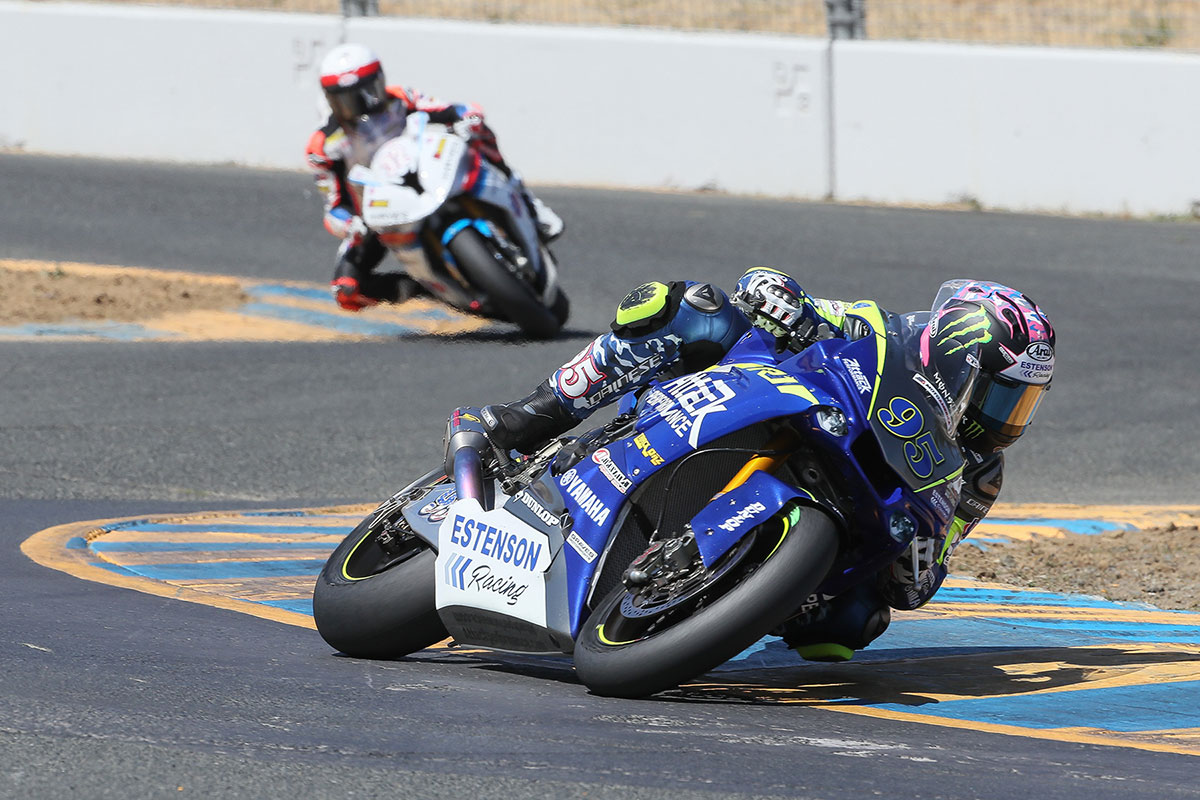 JD Beach ended his weekend at Sonoma Raceway with another top-five finish aboard the Attack Performance Estenson Racing Yamaha YZF-R1 at the seventh round of the MotoAmerica Superbike Championship.

It was another day of challenging conditions on the 2.2-mile track in Northern California. His fifth race in a week (Buffalo Chip TT, Black Hills Half-Mile and Sonoma), the dirt track/road racer got off to a decent start from the third row of the grid. JD was quickly in the four-way battle for a spot just outside of the podium. He eventually found himself in fifth and held that position until the finish.

The weekend’s performance was a good-points haul in the championship as he currently sits fourth in the standings in his debut MotoAmerica Superbike season.

JD Beach — MotoAmerica Superbike #95:
“I think it was a good day. We finished fifth again, which is not what we were hoping for, but we had a lot better race than we did the first day. From yesterday to this morning we made big changes to the bike. I think it helped a lot. Then we took another smaller step for the race, which I think was better. Cramming three-days into two days, I think that kind of hurt us a bit, but we ended the weekend strong. We were quick the whole race. I think we also learned some stuff for the next round. There are things that I need to work on back home. I’ve got a little bit of time to rest, which is good because this week has been crazy. I could definitely feel it at the end of the race today. The team worked hard this weekend. I think we have something to start with at Pittsburgh.”