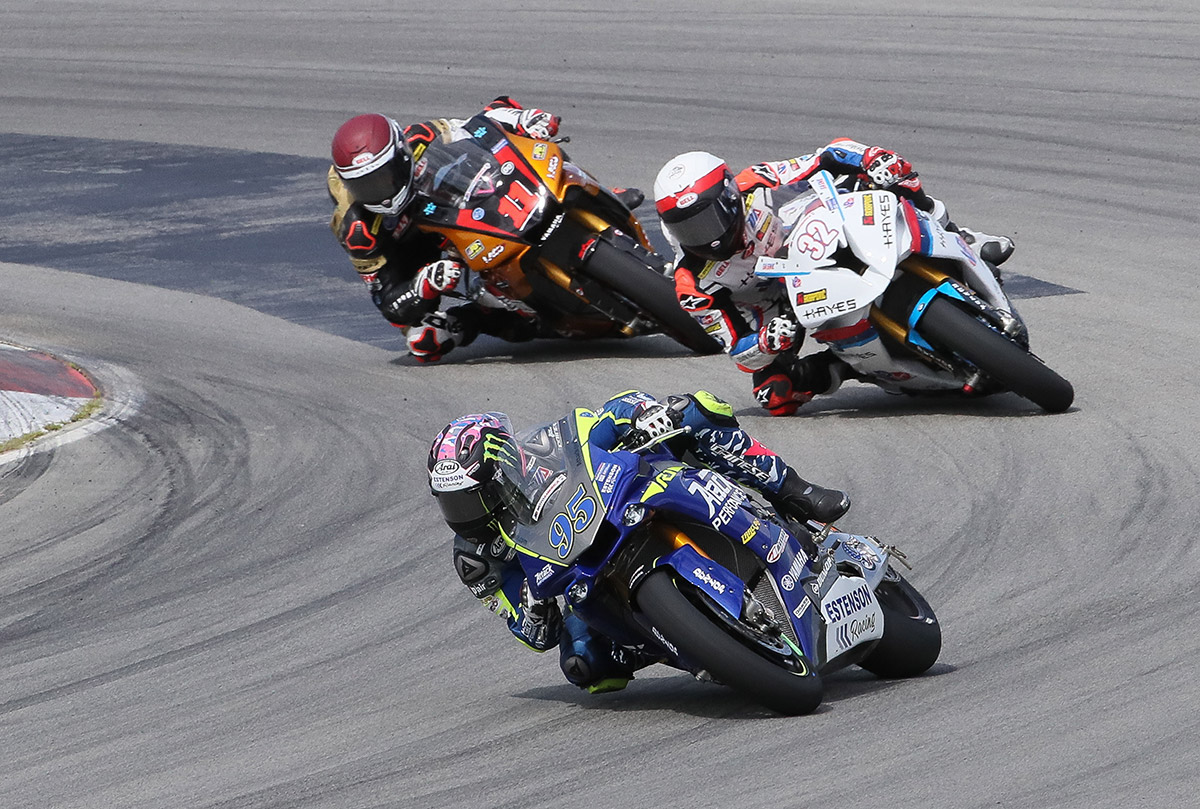 In spite of challenging conditions, JD Beach managed another six-place finish at round eight of the MotoAmerica Superbike Championship on Sunday, August 25, at the Pittsburgh International Race Complex.

Over the past few rounds, Beach and the Attack Performance Estenson Racing team have been working hard on the set-up of their Superbike racer. While they were aiming to better their result, progress was made. Beach was able to advance from his seventh-place position on the grid to fifth, but ultimately settled in to take a solid sixth-place finish and maintain his position of fourth in the championship standings.

The focus is now shifted to the penultimate round of the 2019 MotoAmerica Superbike Championship at New Jersey Motorsports Park, on September 23-25.

JD Beach — MotoAmerica Superbike #95:
“Even though we got another sixth today, I can be a bit happier. With all of the struggles we’ve been having the last couple of weekends, I think we’ve finally made some headway. I can almost see the light at the end of the tunnel now. With the issues that we were having with the forks, it made it hard to even try to push through it. The changes we made for warmup before the race weren’t anything crazy. They were pretty simple, really. I really wish we would have thought about it earlier this year. But together, the team and Richard have done an amazing job and we have not given up and keep pushing through it. I’m looking forward to New Jersey and hoping that we can carry this progress forward.”