JD Beach Bounces Back with Podium Finish at NJMP 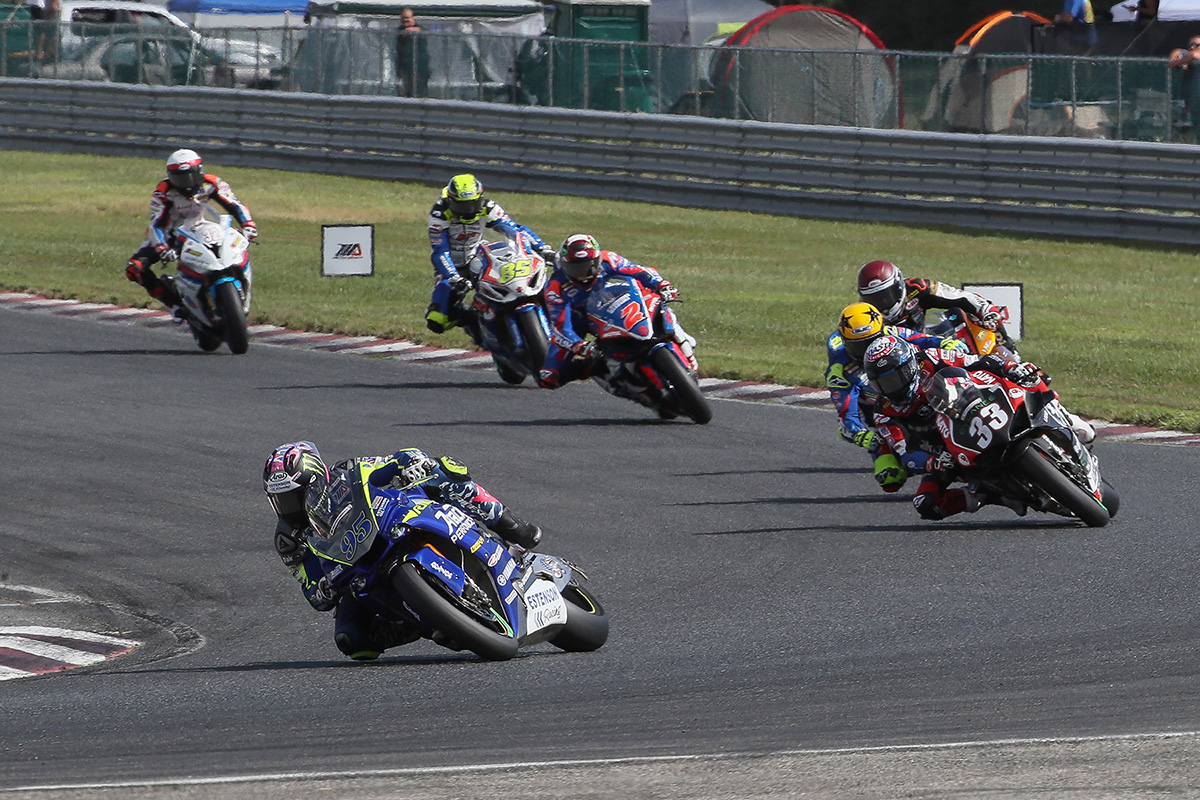 JD Beach ran a smart race to take his third podium of the season aboard the Attack Performance Estenson Racing Yamaha YZF-R1 in MotoAmerica Superbike race one at New Jersey Motorsports Park on Saturday, September 7.

After a frustrating few race weekends, the team’s hard work paid off as Beach found his comfort zone and the results he was looking for. In spite of the hectic two-day format, he got off to a good start and qualified fourth. Come race time, the dirt track/road racer latched on to the back of the leaders in third. He made a couple attempts at second, but with about eight laps to go, he lost touch with the leaders. Beach then focused on bringing the bike across the line in third, his third podium this season and his best result since his big win earlier this May at VIR. He continues to hold fourth in the MotoAmerica Superbike standings with three races remaining.

JD Beach — MotoAmerica Superbike #95:
“Today we had a great race. One that I think the team really deserved. We have really been struggling with the bike and the front end. It’s something that’s been haunting us all year but the team hasn’t given up on me and we kept working on it. The bike from the truck this morning was a lot better. I knew we were race ready after QP2; we had good pace then. I just wanted to get a good start and try to chase Cameron (Beaubier) and Garrett (Gerloff). After about halfway, they started pulling away a little bit and I realized that I basically hadn’t breathed the whole race. So I settled in to a good pace to bring it home in third. We’ll try again tomorrow. I can’t thank Attack and Estenson Racing enough for all of their support.”