JD Leaves New Jersey with a Pair of Podiums 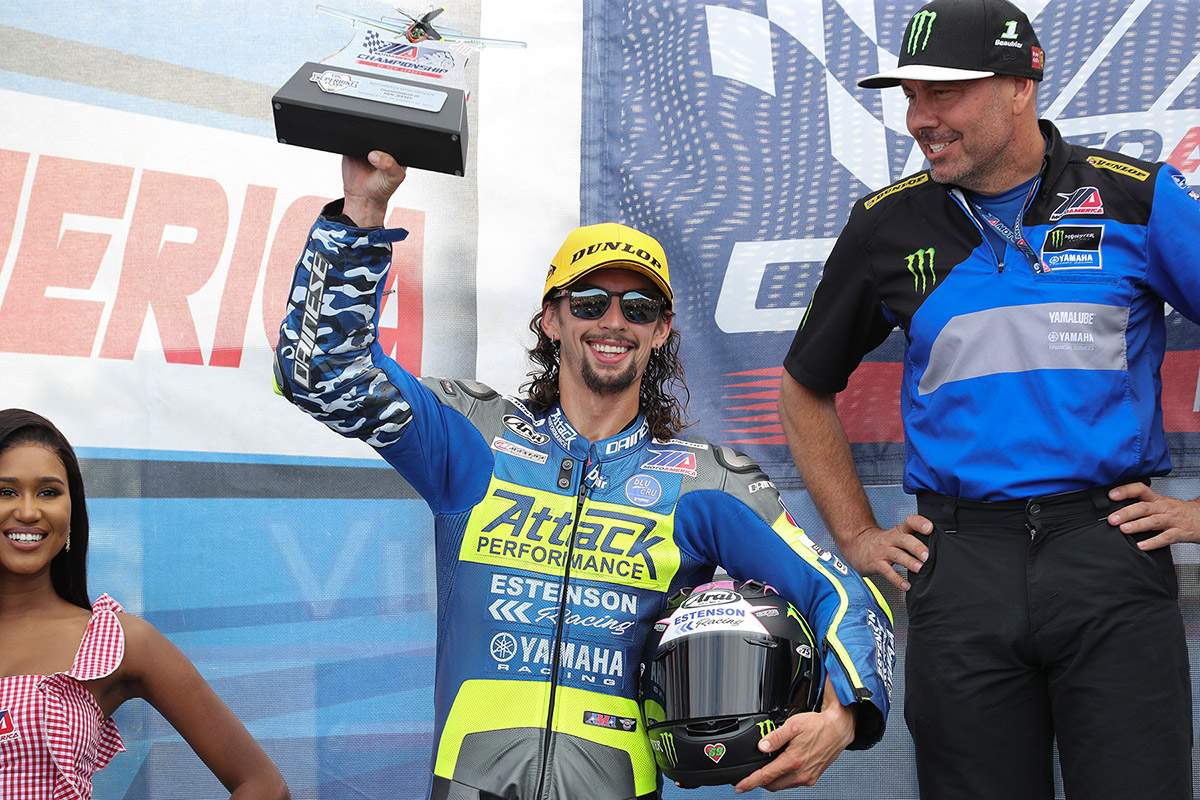 Beach and the team made further improvements in their setup on Sunday. The two-time MotoAmerica Supersport Champion once again got off to a good start right behind factory Yamaha rider Cameron Beaubier. He moved into the lead on lap six and held onto it for six laps, but the reigning Superbike champ retook it.

JD still fought on. There were a few more lead changes, but in the end, it was a second-place finish for the Attack Performance Estenson Racing rider. Although he was aiming for the win, it was a good result on the weekend with a pair of podiums and progress made after a few rough rounds.

Next up is the season finale at Barber Motorsports Park in Leeds, Alabama, September 20-22.

JD Beach — MotoAmerica Superbike #95:
“Today’s race was great. Of course, we would have loved to get the win, but to get second after some tough race weekends was awesome. We made some small improvements to the bike for race two. The race pace was a bit slower, but my race pace was faster today. It felt great to lead a Superbike race again and to fight for the win. Cameron rode great today and just out smarted me a little bit at the end. I was bummed that Garrett (Gerloff) didn’t get to race after his get off this morning, he’s been fast all weekend and I wanted to see where we stacked up with him. The whole Attack Estenson Racing team did an outstanding job. I can’t thank them enough. I look forward to getting to Barber.”