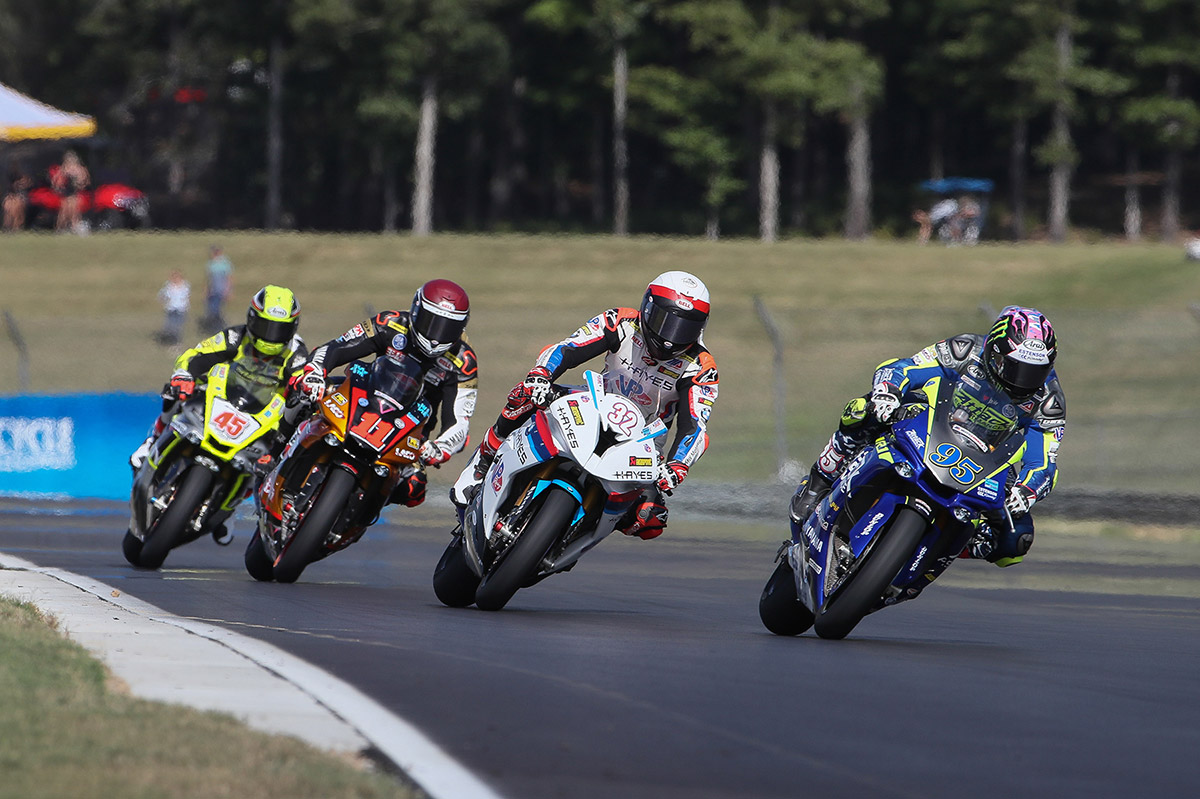 JD Beach overcame challenges to cross the line fifth in race one at the MotoAmerica season finale at Barber Motorsports Park on Saturday, September 21.

The weekend got off to a tough start for the Attack Performance Estenson Racing rider. His crew chief Richard Stanboli got held up in Houston on Friday which hurt their qualifying effort. Beach missed out on Superpole ending the day 10th on the combined timesheets.

Saturday however went much better. The team regrouped and made great strides forward in warmup. When it came time to race, JD got off to a good start and moved up to seventh. There was some shuffling early on in the first few laps, but he was able to keep his forward momentum and move into sixth. A couple laps later the two-time MotoAmerica Supersport Champion gained another position and put his head down to close the gap on the riders in front of him battling for third. He was able to catch up, but ultimately had to settle for fifth.

JD currently sits fourth in the standings and looks to improve on his results in race two.

JD Beach — MotoAmerica Superbike #95:
“The race today was tough today, but it was a good finish after starting 10th. Friday was hard on us, with Richard getting stuck in Houston, we got started off on the wrong foot and missed Superpole. So that put us in 10th. The first session this morning was basically where we got started for the weekend, but we did some great work. We learned a lot from the race. I made a few mistakes on the opening laps but I know what we need to do for tomorrow.”