Tough End to the Weekend for JD Beach at Barber 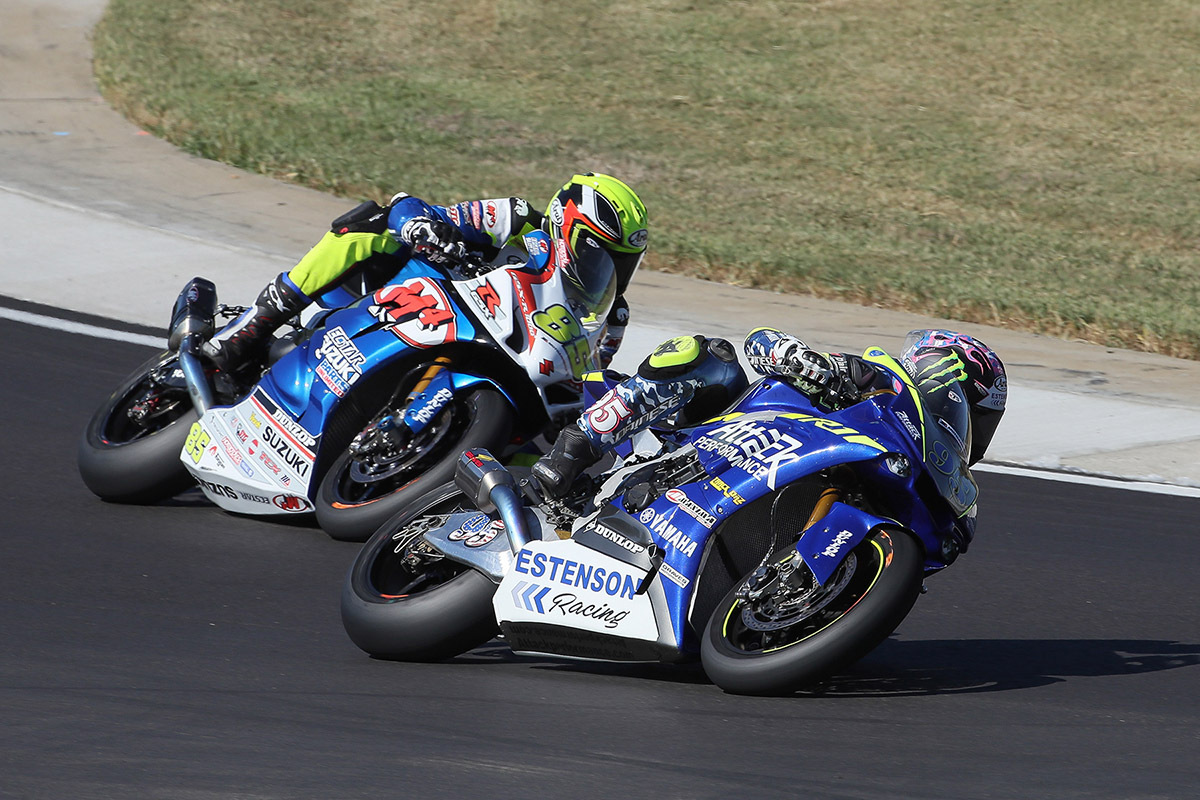 JD Beach’s race two ended early with a crash in challenging conditions at Barber Motorsports Park, on Sunday, September 21. Although not the end to the year he was hoping for, the Attack Performance Estenson Racing rider finished his debut MotoAmerica Superbike season fourth in the standings.

JD was looking to build on his top-five finish in race one. Unfortunately, in race two he was struggling to find grip in the hot, greasy conditions on the newly paved track in Leeds, Alabama. He improved from 10th to eighth on the start and was able to maintain that spot for most of the race until he lost the front in turn 16 before the halfway mark.

In spite of the error, JD was able to finish the year fourth in points with four podiums and a win at Virginia International Raceway. The dirt track/road racer now sets his sites on the American Flat Track season finale, this weekend, September 28, at the Meadowlands Mile.

JD Beach — MotoAmerica Superbike #95:
“Today was a rough day and not how I wanted to finish the year off on the Superbike. From the start of the race, I just didn’t feel great. The grip for me wasn’t the best and I was moving around a lot. I had a couple issues mid race and lost the lead group. Then in the last right hander, when the turn tightens up, I just got a tiny bit of too much front brake and lost the front. I’m not hurt or anything and I was able to push the bike back. I just feel bad for the team. The team has done an amazing job and it’s been a lot of fun this year. Like I said, it wasn’t how we wanted to finish the season but it’s been a great year with a win and some podiums.”