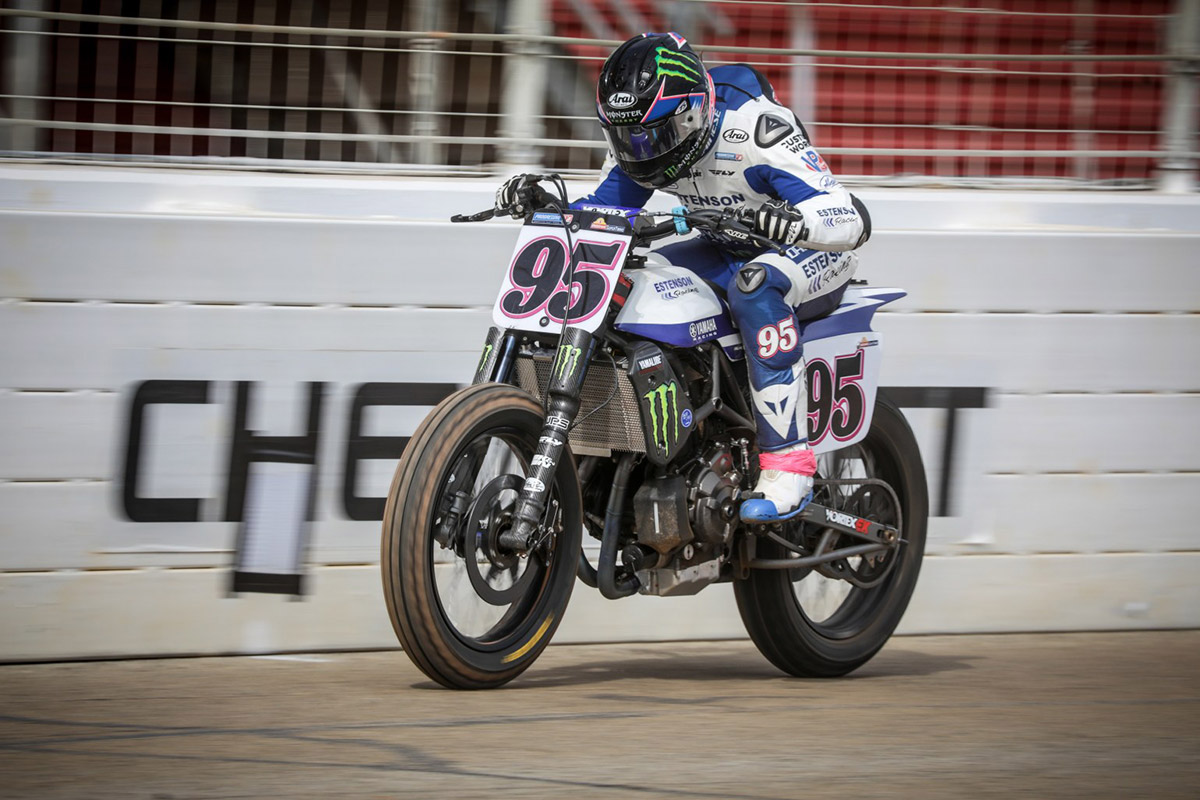 Estenson Racing was unbeatable at last night’s Yamaha Atlanta Super TT, making history as the first team and manufacturer to win every class at a Progressive American Flat Track round. JD Beach put on a masterclass performance to win the Mission SuperTwins Main Event. Dallas Daniels completed the sweep at Atlanta Motor Speedway with a stunning two-category double, first in the AFT Production Twins class and then shortly after, in AFT Singles, where he was joined on the podium by teammate Mikey Rush for a stellar 1-2 finish. Kolby Carlile also had a top night, earning a career-best Mission SuperTwins finish in fifth.

Even in the premier Mission SuperTwins category, JD was in a class of his own all weekend long at Atlanta. Fastest by a significant margin from the opening session, he proved untouchable aboard his Yamaha MT-07 DT right through to the checkered flag in the Main Event. The runaway victory was Beach’s third in the premier class, three out of four of the series’ most recent TTs. After earlier securing a runner-up result at the Volusia Half-Mile season opener, the win furthered his claim as a legitimate class contender in 2021 as he moved into the points lead.

Estenson Racing will look to translate its momentum into continued top results when the series picks back up again at Texas Motor Speedway for the Texas Half-Mile on May 22.

“Tonight couldn’t have gone any better. It was a dream night not only for myself but for the whole team. We swept all the classes, which is amazing. For me, after the win, it was almost more of a relief than excitement. After leading the whole test day, then leading everything today, I felt like I had a huge weight on my shoulders. So it’s awesome to get a win and leave with the points lead. We still have a lot of work to do for oval tracks, but we are getting there.”