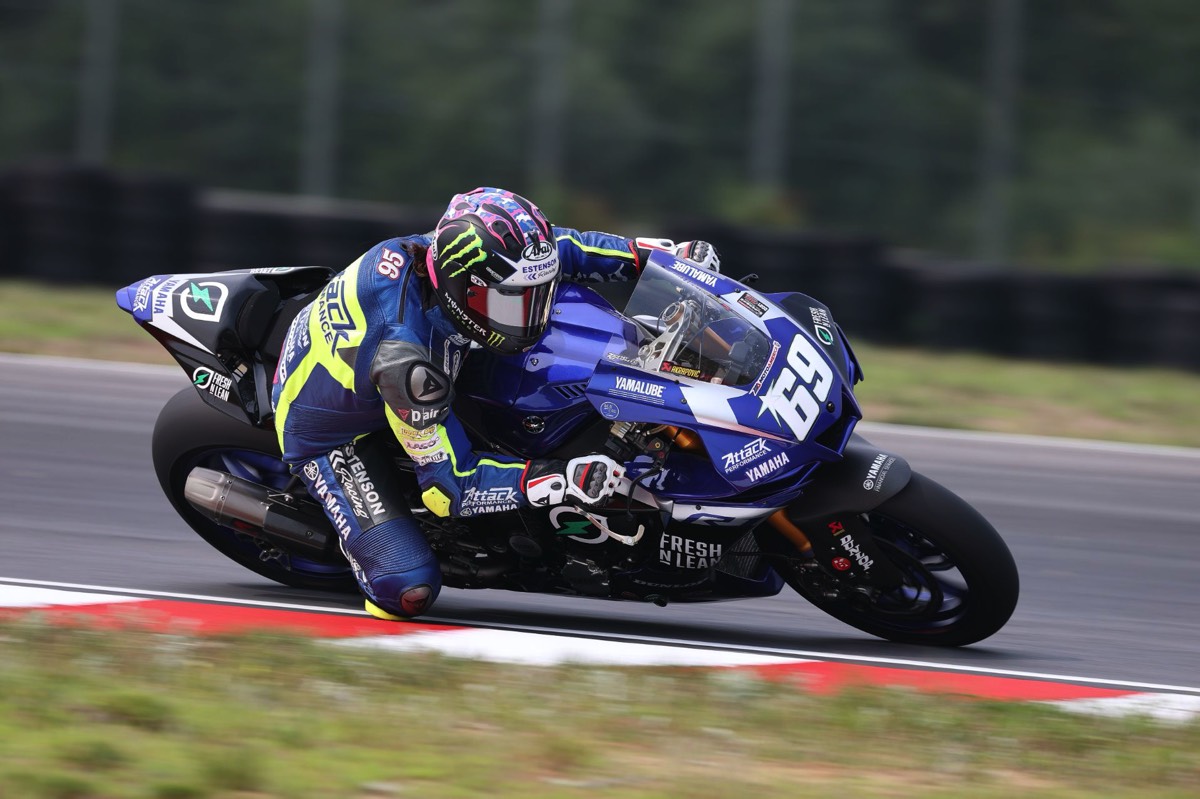 Filling in on short notice for Josh Herrin, who was sidelined with Covid-19, JD made progress in each session. He and the team worked on getting the bike set up for the Kentucky rider who races full time in the premier class of American Flat Track. Jake Gagne quickly moved into the lead at the start of Race 1, but then lost the rear and went down in Turn 3. More chaos ensued with another rider crashing in the next corner, and the race was red-flagged. After the restart, JD got a good start from the third row of the grid to fifth and then was shuffled to sixth. He battled for that top-five spot and kept pushing but ultimately finished sixth in his first Superbike race since the 2019 season finale at Barber Motorsports Park.

JD Beach
“The first start of the race was just crazy. I was in sixth or seventh coming out of Turn 3 and Gagne was on his butt sliding down the track backwards. Seconds later, I see (Loris) Baz’s bike flipping through the air, and (Cam) Peterson almost lost the front. We had a red flag, and things calmed back down. Once we got going again, I felt pretty good and was just off of the front pack. I felt like I was sticking with them a bit, but then I started losing the front tire a few laps in a row, so I backed it down a bit. I just wanted to finish the race, but as the race wore on, I was closing in on (Hector) Barbera for fifth, so I gave it a little extra and came up short. I learned a lot today, and I’m looking forward to tomorrow.”

JD continued to make progress in his first Superbike race weekend in over a season and a half on the Sunday. He steadily improved his times and got another top-five start in the second race of the weekend. He was shuffled back to seventh but rode a smart race, advancing to sixth, where he would ultimately finish.

JD Beach
“Today was a much better day for me. I had less butterflies and felt better on the bike. The team made some good changes for the morning warm-up that made the bike feel a lot better for me on the front end. I also finally started riding naturally and not thinking about what the next step is. We were able to improve the pace today and finish closer to the front. Getting two sixth-place finishes is great after nearly two years off of Superbike. I have to give a big thank you to Yamaha, Fresh N’ Lean, and also Estenson Racing for letting me do this.”