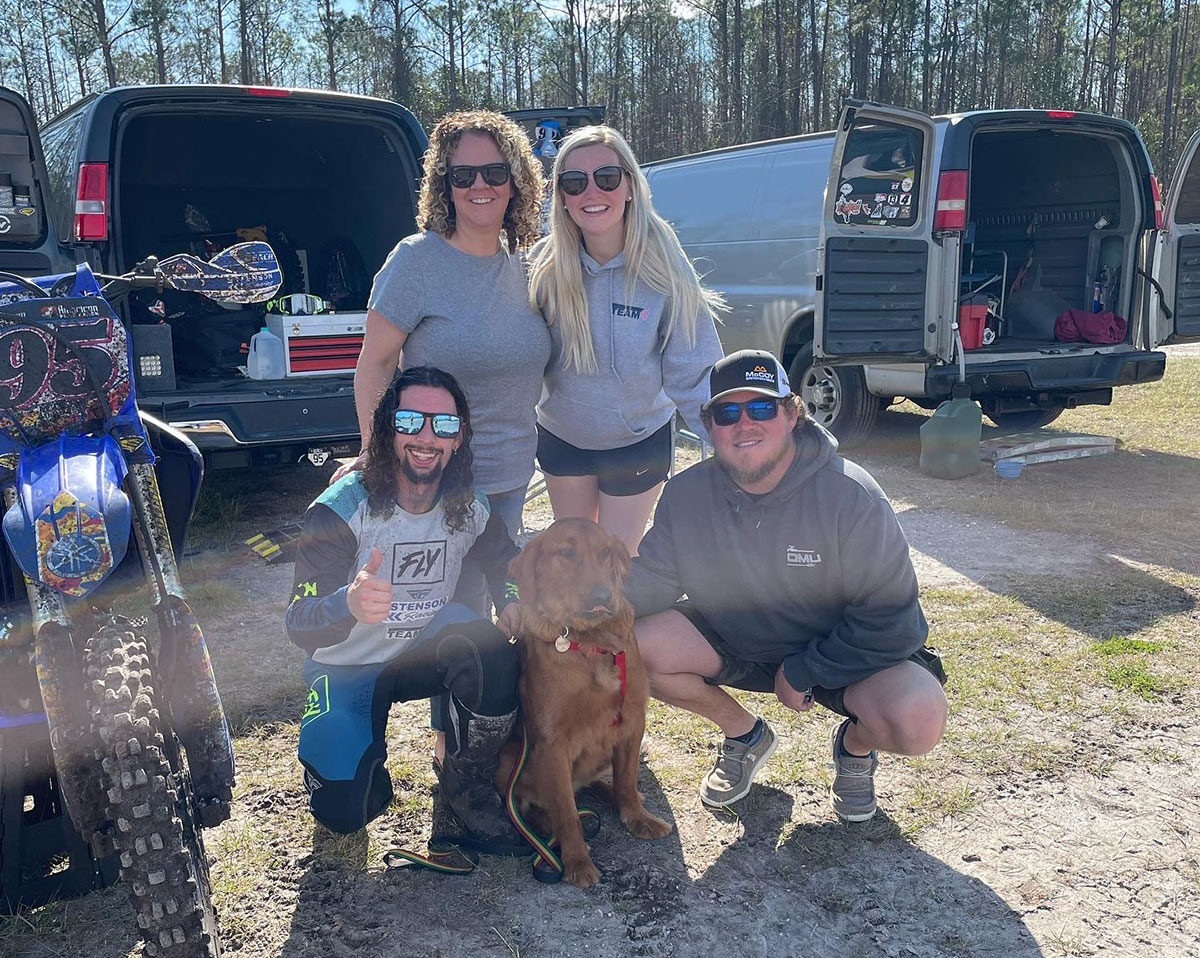 The last two weeks have just flown by and we only have a little over two weeks until the race season gets started. It’s been a great off-season this year. The workload has been high but it has been a great time. I had a little two-day break when some of my family came to visit but after they left it was turned right back up when my trainer Ty Kady flew in to visit a couple of days.

Two weeks ago, Kerri, FLG, and Madeline came down to Florida and even brought our dog Phoenix for a visit. Hayden and Summer were supposed to come as well and bring baby Stone but it didn’t work out. They came down at just the right time though because it was beautiful out. I guess Florida finally decided to act normal and warm back up. Every day they were here it was 75 to 80 degrees and sunny. They all had a long travel day Thursday and got in late, renting a house by the beach. I got up early and got in a nice 5.5 mile run before they were up, then came back and took Phoenix for another 1.5 mile run to burn off some energy in him before the day got started. I wanted to spend as much time as I could with them, but they know I’m not good at resting so I had to get my training in before the day started. 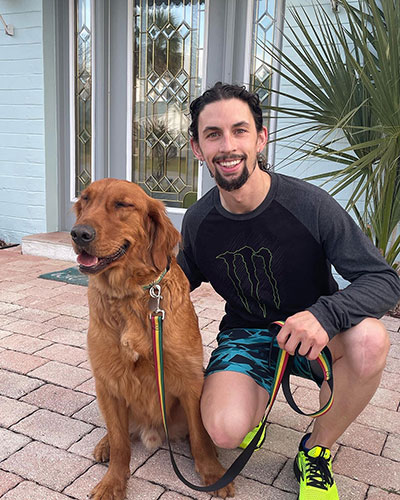 One thing I do love is good food and luckily they do too. Madeline, when she first started dating FLG she was just steak and mac n cheese and there was no food sharing. Now we all go eat at new places and order different things and share. I took them to four new places while they were here, two for breakfast and two for dinner. It was some really good food and a little healthy haha. Also on Saturday, it’s one of my moto days so Phoenix got to experience his first time at the moto track. He’s one lucky dog, coming from China, spending time in LA, Detroit, and Indy, finally making it to Kentucky, and now vacationing in Florida. But it was a fun time to have them at the track and almost a confidence booster. I say almost because at the end of the day, I was all done and Kerri and Madeline were like you rode so good today and were going fast. Right as they said that FLG walked up and said, “did you see that kid on the 85, he was hauling, probably going faster than you” haha but to clarify I’m pretty sure the kid was on a Supermini so it was at least a 105.

After that, we got to spend some time on the beach and take Phoenix on the sand for the first time. We walked the beach for a while, throwing the ball for him and watching him run around. Back home he loves swimming in my pond, it was funny seeing him so nervous about the ocean and the waves. He would try to go in the water but as the waves crashed it would scare him and he’d come running back. But after about 30 mins or so he finally got brave enough to play in the water, then I started getting nervous the water would take him away ha. It was such a fun weekend, I loved every minute of it and was so glad the trip worked out for them. 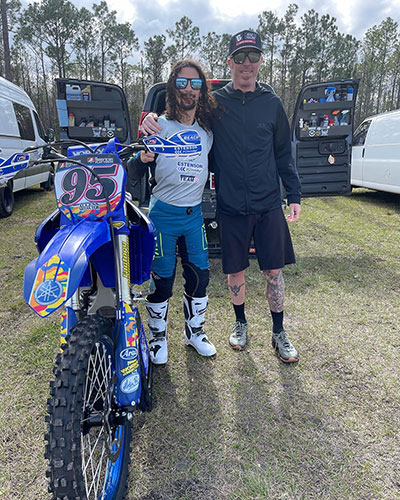 Then Monday rolled around and it was straight back to work. My trainer, Ty Kady, who I’ve been working with since 2014 was here to check and see how the off-season prep was going. Dallas Daniels is working with him now, so it was good for Dallas to meet him finally. Davis Fisher has worked with Ty in the past as well but got to meet Ty face to face.

I don’t think it’s any kind of secret that the last couple of seasons haven’t gone as well as I had hoped. Making a switch from road racing to dirt track and racing a street bike motor against the Indian’s that are purpose-built race bikes has been hard. I know it’s not from a lack of effort on my part or the teams but it’s still been hard. For so many seasons’s on the R6 I was basically the guy to beat, then with a snap of the fingers, I was the guy trying to keep guys like Mees and Bauman insight as long as I could. At some tracks that might have been five laps maximum. That takes a big toll on you mentally. Luckily I have a great support group around me that has helped me push through these last couple of seasons and Ty is one of them.

This year, he has completely changed my program. From different gym workouts to changing my bicycle rides, and to a very strict, planned-out moto day. It has been just what I needed though. My motivation feels at an all-time high compared to the last couple of years and the pure joy I get from being on my motorcycle has improved. While he was here he put me through the ringer in the gym and on the bicycle. He spent a day at the moto track with us as well, giving me an extra push and fixing a few things I was doing wrong, on and off the bike. Old habits die hard but it was good to have a fresh set of eyes on everything.

With just a couple of weeks left before the season starts, I’m feeling very ready and can’t wait to go racing!!