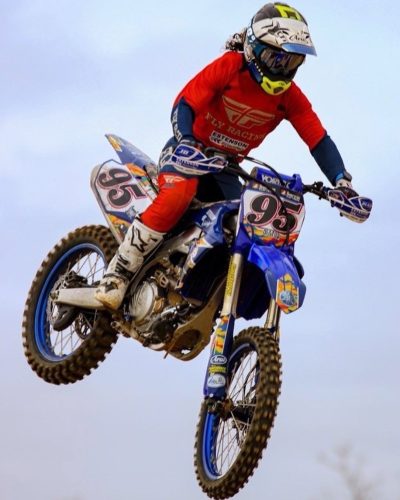 Since the last Beach Report, there hasn’t been any racing but that doesn’t mean I haven’t slowed down. I did get to enjoy my first weekend at home since January 3rd, two weeks ago though. This time of year the weather at home can change every day and have all four seasons in four days. It does make it hard to stay on a solid routine but I think it’s good for me. It pushes me to be flexible and be ok not being on a routine. I don’t really do good at it haha but I do try.

The first Saturday at home was spent setting up my barn for a baby shower for FLG and Madeline. I’ve been lucky enough to have bought a nice piece of land to train on and have a nice barn to work out of. It also has doubled as a venue for events but I enjoy having a place to do that. Hayden and Summer had their baby shower there and FLG and Madeline had their wedding reception there and now their baby shower. It was a cold and windy day so it made it nice that I could turn the heat up in there and be blocked from the wind. It’s a good thing that everyone around us understands motorcycle racing because we used road racing boots as centerpieces because the balloons could be tied to the zippers.

Something else that is different from Florida compared to Kentucky and being back home is there aren’t moto tracks open during the week. I’ve got a track and so does Jake Lewis but the weather hasn’t quite broken enough to ride them. Luckily our local track, Echo Valley lets us go ride during the week. The track is unprepared but it’s way better than not riding. I used to be a bit of a Pre-Madonna about track prep but seeing the moto guys in Europe riding these hard-packed, bumpy, and rutty tracks, I’ve changed that. I got that from reading Michael Antonovich on SwapMoto. It also helps to have Hayden, Jake, Dallas, and Trevor suffer through it too haha.

Last weekend I was in Kentucky but not at home. Instead, I was camping in a trailer with Hayden and his wife Summer, and a 6-month-old baby boy. Hayden was going down to Bowling Green, KY to test his race bikes at the Corvette Museum track with Midwest Track Days. He talked me into taking my R6 down and boy am I glad I went. 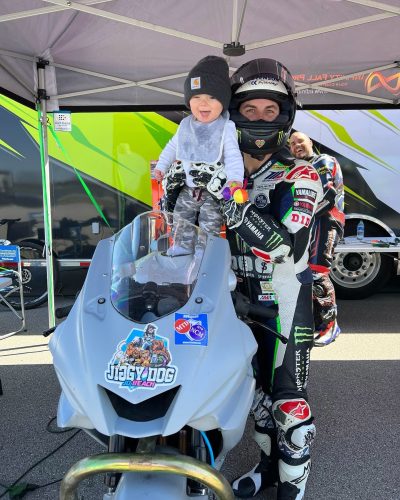 Hayden and Summer promised Stone usually sleeps all night but I was still a little nervous. But that all went away when I was laying in bed and Summer laid Stone next to Uncle JD, while he was sleeping. He was so precious. Within 10 mins we both slept like babies all night haha.

The track-day was a blast though. I was just riding a stock Yamaha R6 I bought a couple of years ago. It’s bone stock, the only thing I run is Dunlop Slicks. This was my first time at the track but Hayden has been a few times and really built up how fun it was. I planned to only ride Saturday and after the first two sessions, I was having fun but not a ton. It was a bit cold and I was struggling with the track, plus I was a little rusty. That was until we had a lunch break and after that, the track really clicked and I went and signed up for Sunday.

After throwing some new slicks on Saturday night and a goodnight’s sleep, I was rolling well on Sunday. It was a blast. During one session I came upon a local racer Blake Holt and after the session, I talked to him about some lines to help him. So after that, he wanted some help so we started racing around and I was really finding my groove, trying to push and go faster to help Blake go faster. 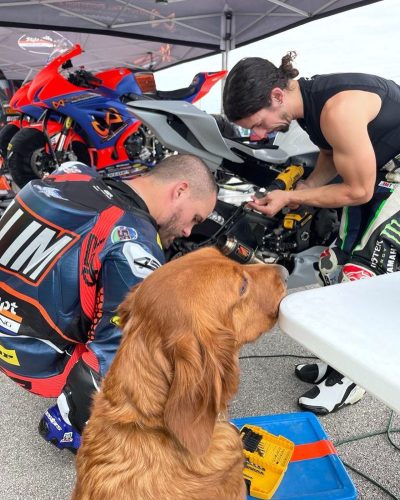 We came to the last session of the day and I wanted to see what I could do, so I dropped the tire pressure and went for it. The tires were used but all day I was running higher pressure to make them last longer. When you have to pay for your own tires now, they last a lot longer haha. Blake and I rolled out and I was able to pull away from him a bit during the session, I felt the front tire moving while trail braking in and spinning the rear tire up on the exit. It was so fun.

My one goal for the weekend was to get my elbow down again. It’s kind of silly but it’s a feeling I’ve missed. When I’m not racing or riding I’m not really an adrenal junky but I have missed riding a road race bike and dragging my elbow at full lean on a curb gave me that adrenal kick I think I’ve missed. I’m looking forward to doing another track day.

Hayden had a good two days testing his SuperBike and SuperStock1000 bike leading into the first MotoAmerica round in Austin, TX during MotoGP. He’s back to racing full time so I’m looking forward to that. I’m flying out with him to Austin so Summer and Stone can stay home. Traveling with Hayden is always interesting so I’m sure I’ll have stories for the next report.